1821 Visions of Freedom: The Hand of Zographos, The Mind of Makriyannis, The Zeal of Gennadius

An exhibition of plates illustrating scenes from the Greek War of Independence. The plates from a limited edition prepared in 1926 by Frédéric Boissonnas and John Gennadius reproduce the famous originals of 1836-1839 commissioned by General Makriyannis from Dimitrios Zographos to illustrate his own history of the war.

Organised by the Hellenic Centre under the aegis of the Greece 2021 Committee.

Sponsored by the A G Leventis Foundation.

A lecture from the Director of the Gennadius Library

A talk in Greek based on Stratis Myrivilis’s radio programme and unpublished archival material on 1821 held by the speaker, Myrivilis’s granddaughter.

“Stop this nonsense about Hellenism or I will destroy you” Symi Between Compromise and Revolt (1821-1830).

The role of Symi during the Greek War of Independence through the Ottoman archives.

Famous and Lesser Known Images of the Greek War of Independence

Reimagining the Past: The Knights of St John (Hospitallers) and the Greek Revolution of 1821

Briony Llewellyn will introduce John Frederick Lewis (1804-1876), famed for the meticulous detail and jewel-like colours of his Orientalist paintings.  In 1840, Lewis travelled through Greece and Albania on his way to Constantinople, and made numerous very striking watercolours of the people and places that he encountered. Charles Newton has pieced together Lewis’s journey, and he will take up the story with an examination of what inspired him to take the particular route that he followed.

A lecture about how the Greeks who left  the new kingdom and went to live in these cosmopolitan cities contributed to the development of the fledgling kingdom.

A talk in Greek on the new edition ‘History has a Face’ and focus on the importance of the testimony this book on the period of Otto’s reign, both historically and socially and the artistic value of the portraits.

Explore our library of virtual events – listen to a range of lectures from nutrition to Greek writers in English, listen to short stories, or why not revisit one of the previous exhibitions.

During these difficult times, if you are able to consider making a donation, however small, to support the Hellenic Centre, it would be greatly appreciated. 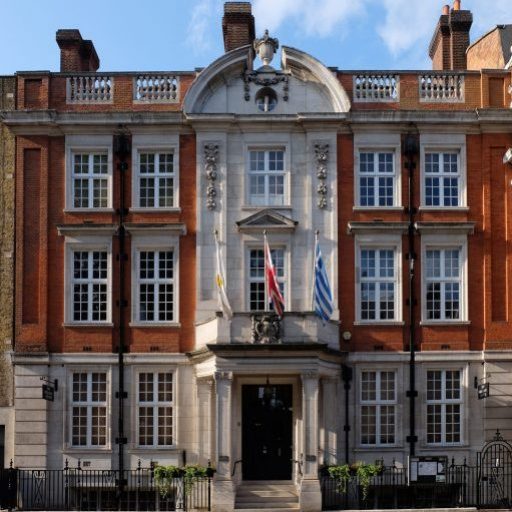