The Oscar nominated documentary When Tomatoes Met Wagner travels to London for two special screenings on January 28th and 30th at the Bertha Doc House, the UK’s first cinema dedicated solely to documentary films and events.

In a tiny Greek village, hit hard by the economic crisis, When Tomatoes Met Wagner finds two cousins thinking creatively about their farmland.

With ingenuity, patience and the help of five grannies, Christo and Alexandros are branching out into the international food market, exporting jars of their organic goods across the world. They may be up against cheaper, homogenised seeds and more regular produce, but their tomatoes have something special going for them – they ripen to sounds of Wagner.

Told with great warmth and humour, When Tomatoes Met Wagner is a study of reinvention, persistence and teamwork in the toughest of economic times.

The first screening of the documentary will be followed by a Q&A with the film’s protagonist Alexandros Gousiaris and the director Marianna Economou. The director, will also offer a welcome speech during the second screening. The audience will have the opportunity to enjoy organic Greek food, in collaboration with UK Greek & Mediterranean Food Suppliers Odysea.

The film tells the humorous and uplifting story of two ingenious Greek cousins and five village women, who tackle the world market with their home grown tomatoes. It premiered at the prestigious Berlin International Film Festival (February 2019) and was the Greek official selection for the 92nd Academy Awards for the Best International Feature Film category. 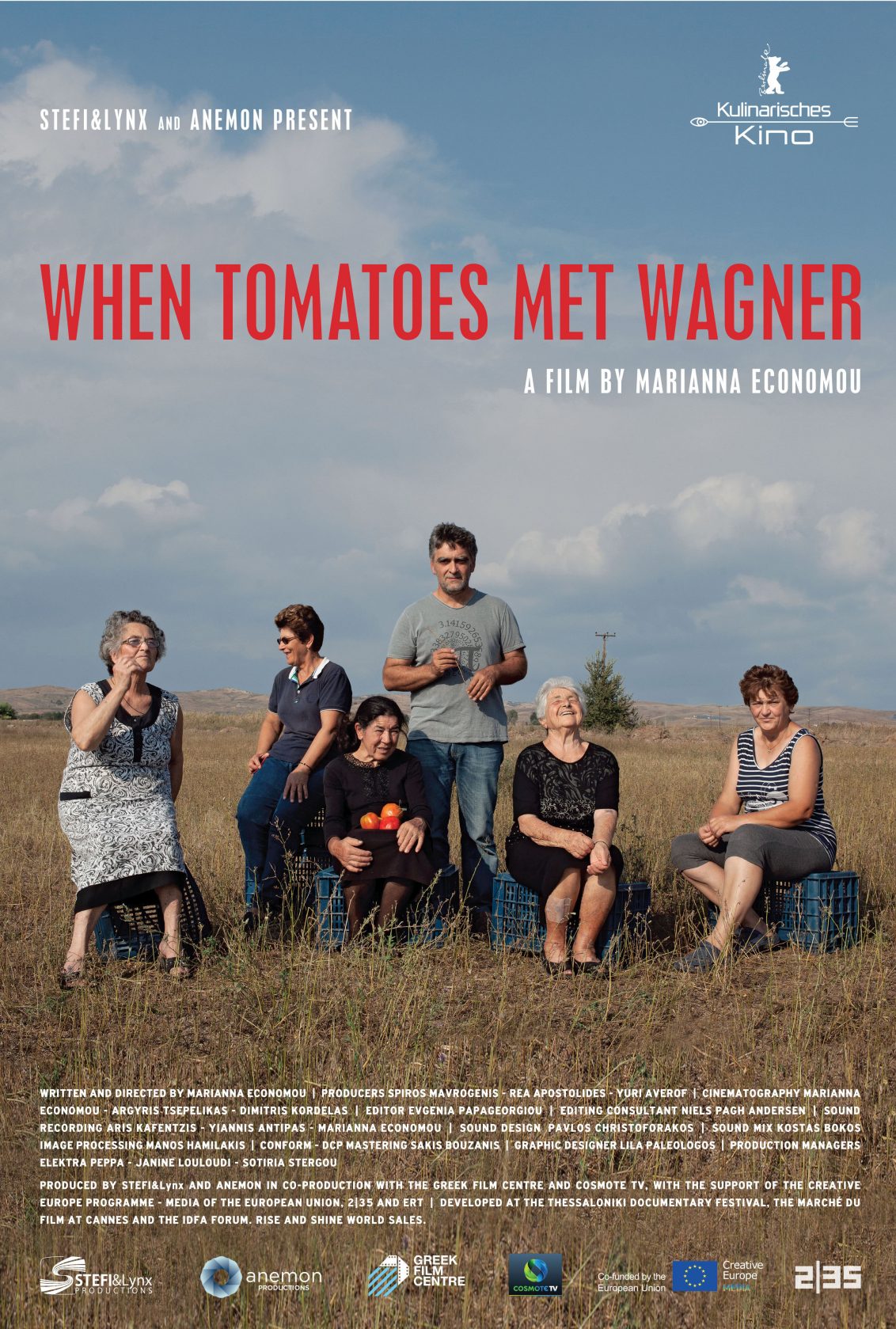