One show.
Three actors.
All the Greek myths.

An anarchic blend of comedy, cross-dressing, stories and songs, UNMYTHABLE returns to the UK after a sell-out European tour and an award-winning run at the Edinburgh Fringe.

Prepare to be a legend.

Out of Chaos is a multi-award winning touring company based in Brighton. The company makes generous, skilful theatre that has toured the world since 2008, delighting audiences and winning widespread critical acclaim. 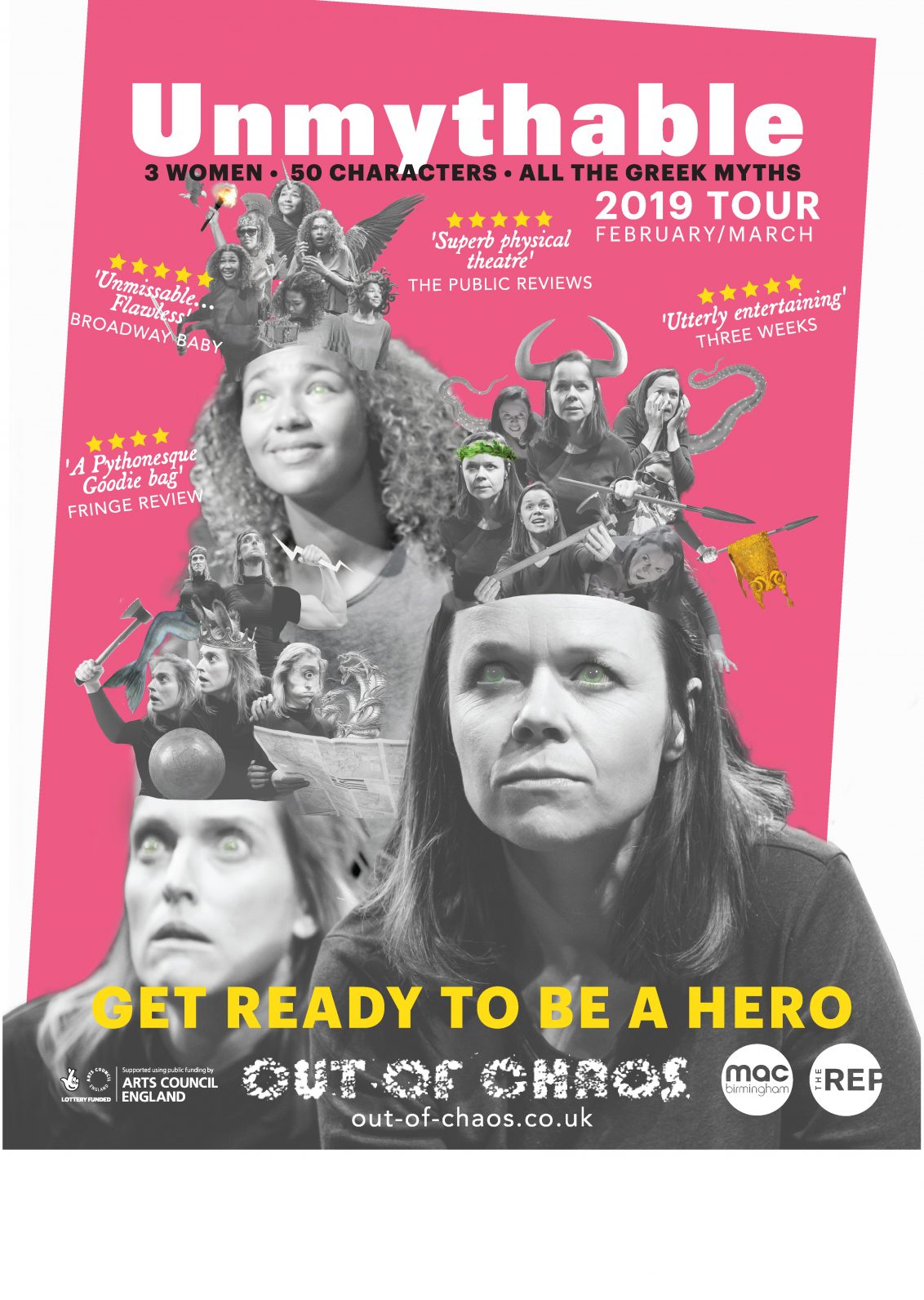