Produced and presented by Collide Theatre

Q&A with the cast and director on 15 November after the show.

It destroys what it can destroy

and it starts again

in order to destroy again

Translated and directed by Emily Louizou, with an original music composition by David Denyer, we ask you to join our exploration of the unsolvable human need to create horror and violence.

In our production, a chorus of three female actor-musicians sing, play, and collectively bring the ghosts of the past back from Hades. Our chorus presents the accounts of three generations, three perceived symbols of masculine power: The King of Troy, his son, and his grandson. All of them were brutally killed by the Greeks but their voices return to ask for more war.

TROY foregrounds the defeated of the Trojan War in order to speak about the wars of the past, the wars of the present, and the wars of the future. This machine of annihilation which humanity has created and does not seem to want to bring to an end. But this is not yet another show about war, it is an ode to humanity. 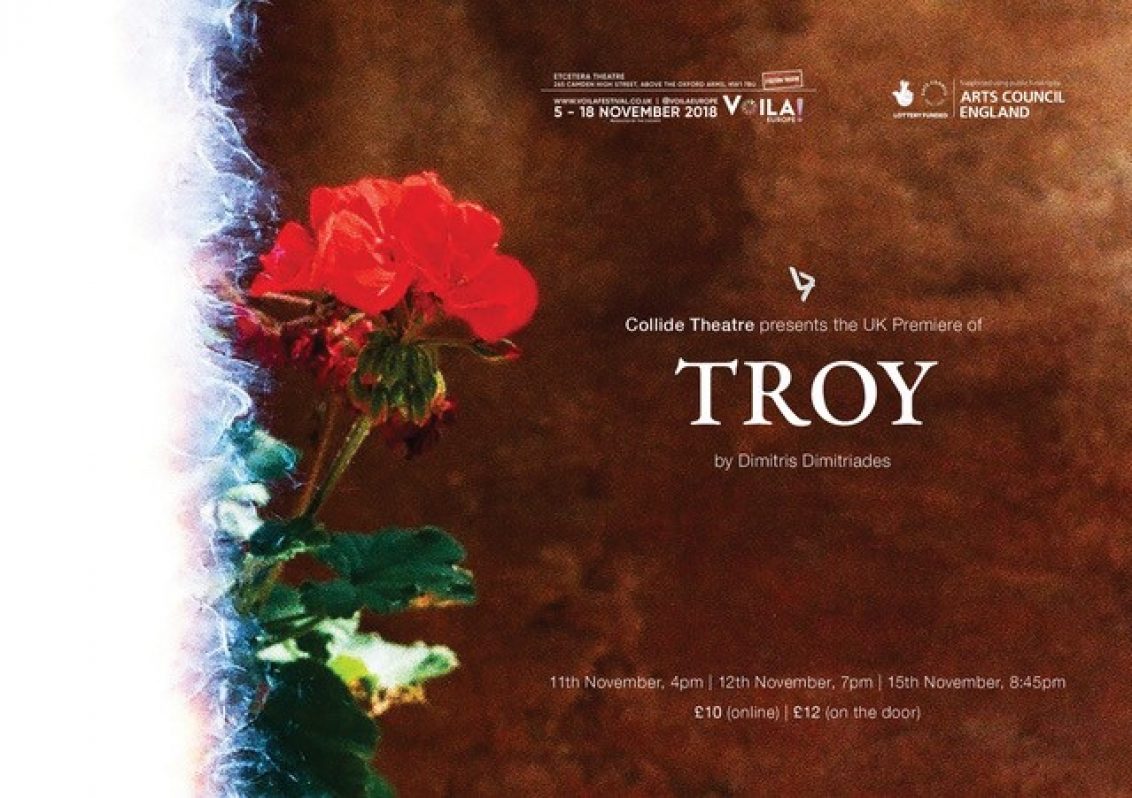