The Trial Of Socrates

We regret to inform you that this event has been postponed.

It is a play of ideas, character-based and dialogue-driven (mix of prose and blank verse), that explores themes of the right to dissent and freedom of thought, Socrates being the original dissident. With unexpected humour and wit, the story of Socrates has resonance for our time of Nelson Mandela, the shooting of cartoonists in Paris, and the idiocracy of Donald Trump. 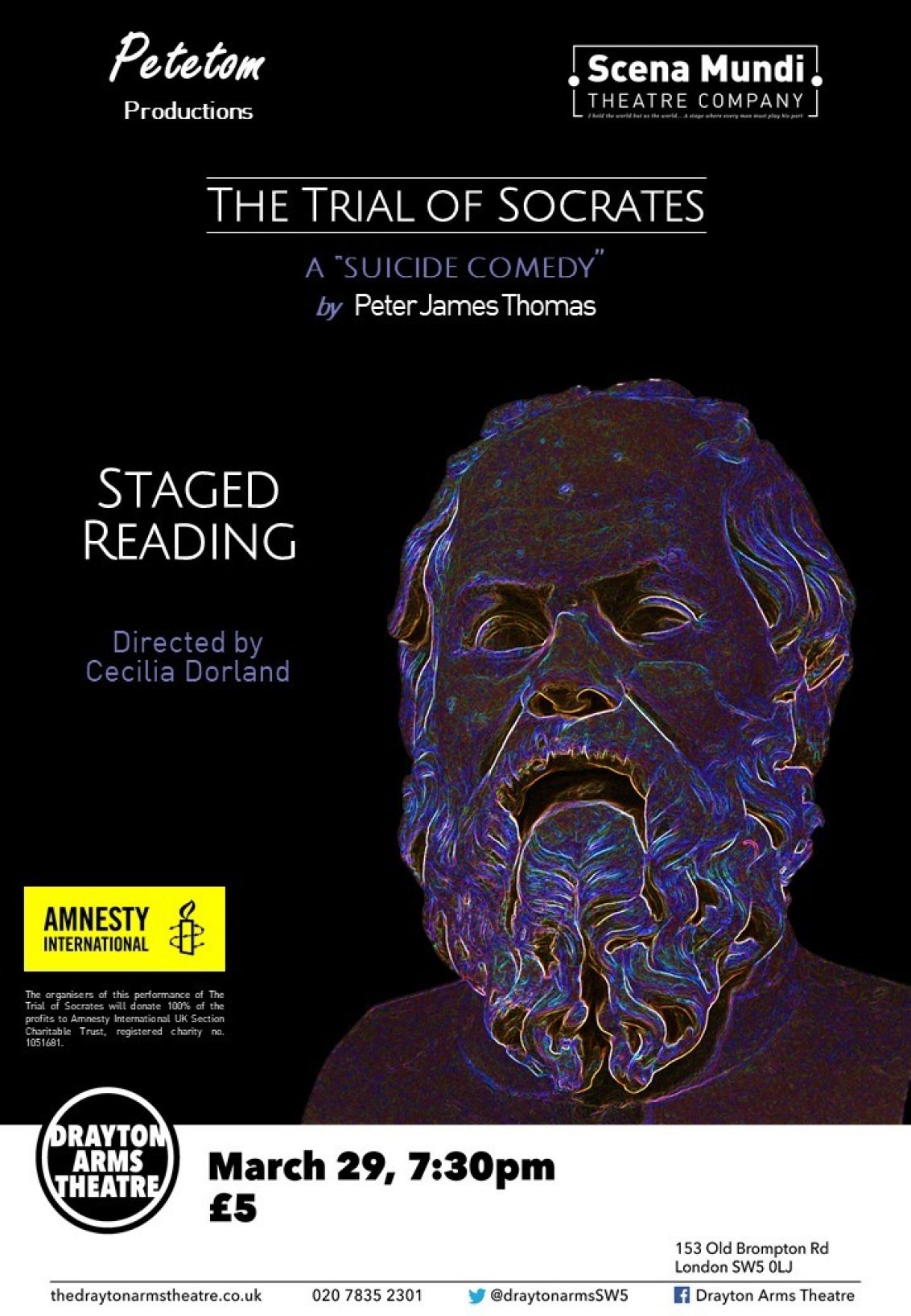