The Photographs of Joan Leigh Fermor: Artist and Lover

On the occasion of the publication of The Photographs of Joan Leigh Fermor: Artist and Lover, Ian Collins, who edited the collection together with Olivia Stewart, will give an illustrated presentation to be followed by a Q&A session.

Elusive, enigmatic and beautiful, Joan Leigh Fermor (1912-2003) was also one of the finest photographers of her time. Although hailed and hired by John Betjeman and Cyril Connolly from the 1930s, and a remarkable recorder of the London Blitz, she most excelled in pictures of unspoilt Greece taken between 1945 and 1960 as visual notes and with no thought of publication.

The scale of her achievement was only discovered after her death in 2003. What emerged in her wide-ranging work is an eye of immense subtlety and empathy, and an entire absence of ego. The artist’s ease is reciprocated in the faces of Cretan shepherds, Meteoran monastics and Macedonian bear-tamers. Her vision is both intimate in portraiture and architecture, and panoramic in landscape, and most firmly focused in an abiding love of
Greece.The archive of 5,000 images now in the National Library of Scotland – and partly introduced in this monograph – reveals, at long last, a 20th century photographer of significance.

IAN COLLINS is an art writer and curator. His books include monographs on John
Craxton, John McLean and Rose Hilton and his recent exhibitions have been staged at the
British Museum and Sainsbury Centre in Norwich.
OLIVIA STEWART was a close friend of Joan and Paddy Leigh Fermor. She has worked
in the film industry for more than twenty years. She is currently Director of the BellRock
Script Lab and Literary Executor for the Paddy Leigh Fermor Estate and Co-Trustee for the
PJLF Arts Fund. 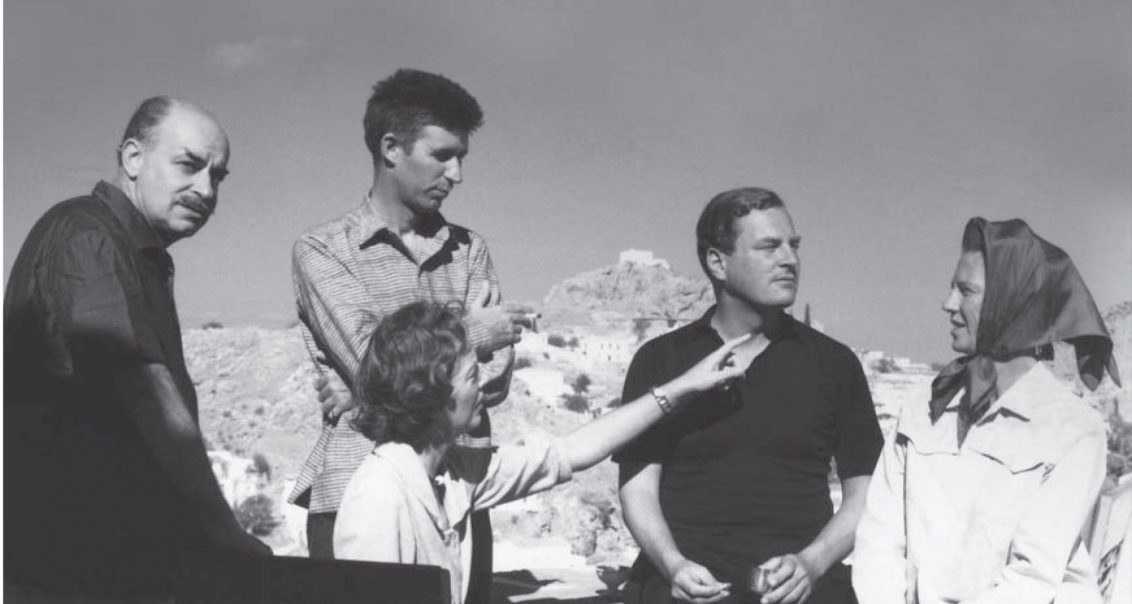