‘When the victorious Greek general, Agamemnon, returned from the Trojan War, he was probably expecting an easy life. But that’s not what he got. He’s the person that Semonides was referring to when he spoke about people coming back home only to be killed by their own wives.’

Dame Siân Phillips many stage roles at the RSC, the National and in the West End have ranged from Shakespeare, Wilde and Shaw to new plays and musicals such as Pal Joey and Cabaret.

Stephen Greif has worked extensively at The RSC, The National and The Old Vic under Laurence Olivier , Peter Hall (Death of a Salesman) and Nick Hytner (His Dark Materials). Extensive TV work includes Blake’s 7 and The Crown. 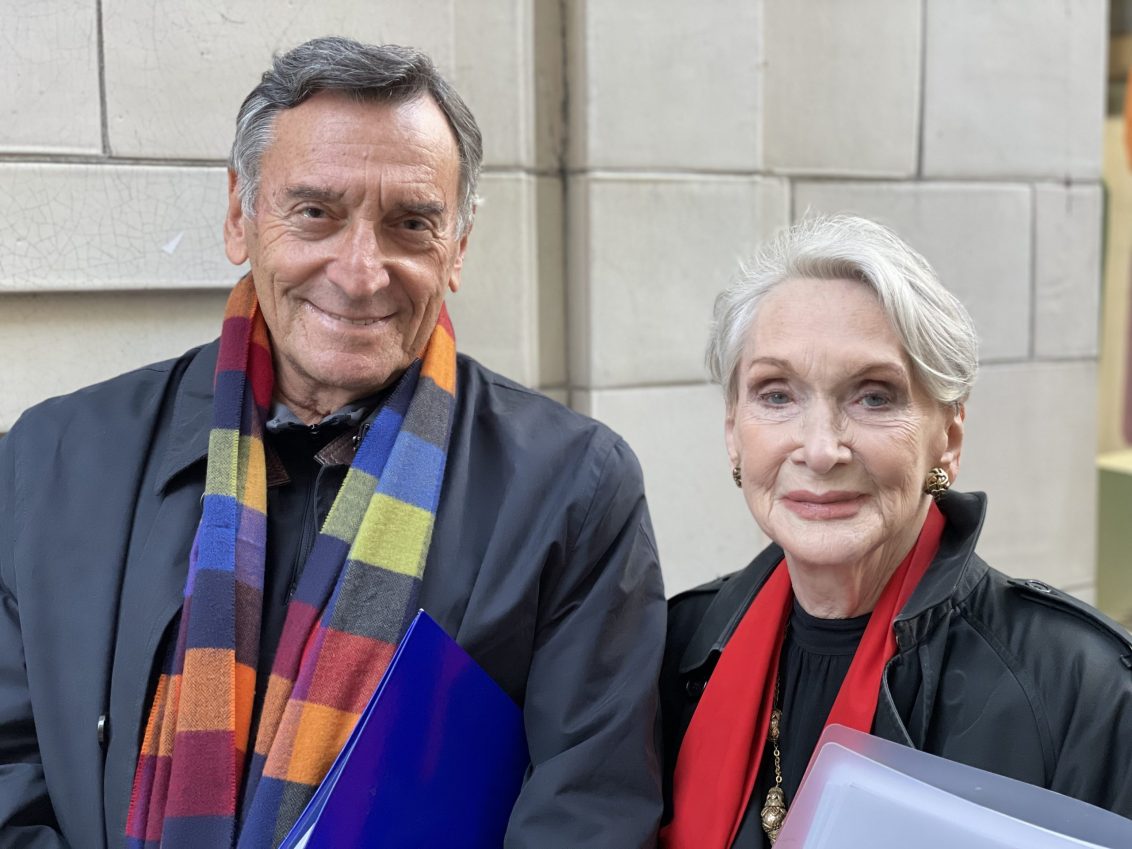