★★★★ “Such a radical approach to philosophy deserves an equally radical response in art.” The Spy in the Stalls

Sisyphus Distressing is a dynamic sonic theatre project, built around the myth of Sisyphus, as it was seen through the eyes of Albert Camus. Composed by Gregory Emfietzis (Greece/UK) and devised by the Metapraxis Ensemble (UK), it consists of 7 sounding and muted acts, combining video, text (in English), acting/movement and construction/design.

This is the second part of Gregory Emfietzis’s work on Sisyphus (watch the first part here: Sisyphus Victimised performed by the LSO), initiated during his residency with the London Symphony Orchestra (2012- 2014). This composition and development of this project has been generously supported the Arts Council England and Hinrichsen Foundation.

Find out more about the company

We focus on producing atmospheric events that allow audiences to immerse into recently composed music, often in conjunction with creations from older eras. The narratives and extra-musical elements we create, allow some sort of theatrical qualities to emerge, and as a result each show consists of several layers of engaging content, all merged into a single unit.

It is our aim to create a performing environment in accordance to the specific tone and texture of each project, either self-initiated or in collaboration with associated organisations. As a result, we have been experimenting with the endorsement of a wide variety of art forms (theatre, shadow puppetry, dance, film/video), and collaborated with numerous artists (film & theatre directors, designers, choreographers, videographers, lighting designers and others).

GREGORY EMFIETZIS
Gregory Emfietzis is a composer based in London. He grew up in Greece, playing the violin and singing in choirs, while developing an interest in music and theatre making. His music tends to be structured around narratives: timelines of acoustic landscapes, often superimposed by musical gestures and added dramatic elements that reinforce the plot. Some of his works seem written as much for actors as musicians. Others, tend towards a more instrumental or sonic theatre. He has engaged with numerous soloists and ensembles (such as the London Symphony Orchestra, Ensemble WIENBERLIN, London Sinfonietta, Greek National Opera, and Philip Thomas, Olly Coates) for performances in contrasting environments, often in collaboration with other artists. He has also (co-)devised a number of self-initiated multi-disciplinary projects (such as shadow theatre, puppetry, dance, video/film, design installations) for/with the Metapraxis Ensemble. 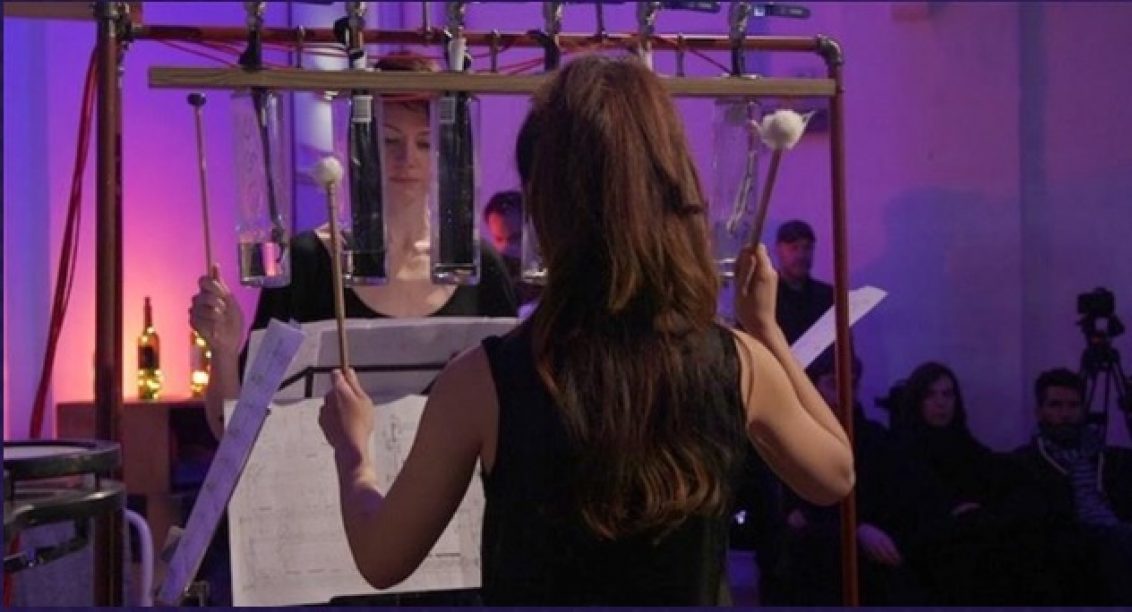