In Greek but with English subtitles “Life Will Smile” is a documentary based on the incredible true story of an entire Jewish community surviving WWII, thanks to the brave actions of the people of Zakynthos.

When SS officer Kommandant Lutt arrived on the island of Zakynthos in 1943 to implement “The Final Solution”, the fate of the island’s 275 Jewish inhabitants rested upon the shoulders of the Island’s young Mayor, Lucas Karrer and Bishop Chrysostomos. They were given 24-hours to hand over a detailed list with all the names, addresses and possessions of the islands Jews, destined for deportation to the camps.

They ultimately trick the SS and together with the rest of the Zakynthiots, manage to hide and save the entire Jewish population. This is widely accepted to be the only Jewish community in the whole of Europe, to survive the Holocaust intact, without losing a single one of its members.

For their courage Mayor Karrer & Bishop Chrysostomos later received Yad Vashem’s honour of “Righteous Among the Nations” and Zakynthos was given the affectionate name of “the Island of the Righteous”.

This award-winning documentary is narrated by of one of the survivors: Haim Konstantini who was an 8-year-old boy at the time. This is a suspenseful, emotionally charged, journey of salvation where ordinary people defy the odds and survive.

Despite being mostly set between 1942 and 1945, the theme of this story has been contextualised and made relevant for a contemporary audience. It brings home the powerful message that solidarity, tolerance and courageous leadership are, once again, needed today as much as they have ever been. 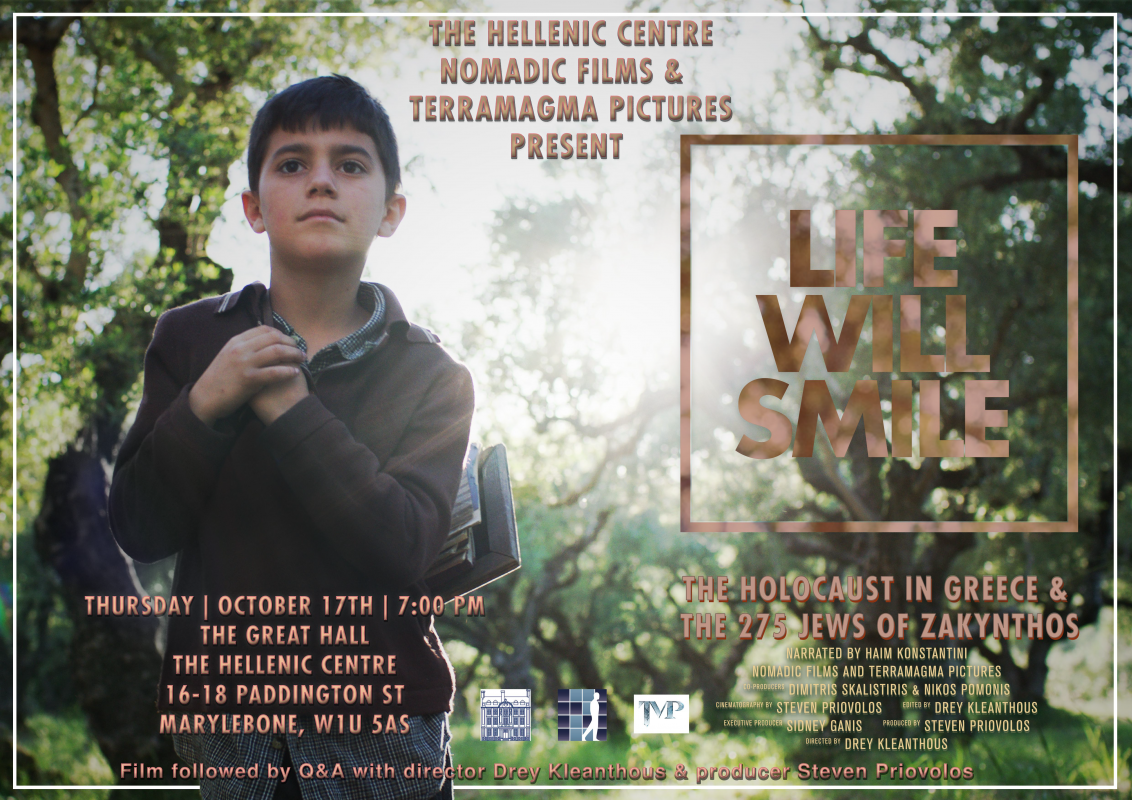