Phaedra I—, written and directed by Avra Sidiropoulou, is Athens-based Persona Theatre Company’s new international project, which brings together artists from Greece and the U.K.
The show opens at Tristan Bates Theatre in central London, playing for a limited run
(18th-23rd February 2019).

This is a solo multimedia portrayal of a modern-day Phaedra, the legendary wife of King Theseus, who falls hopelessly in love with her young son-in-law, Hippolytus. In this version, she bears all the ambiguities of a restless, contemporary woman, who oscillates between the desires of the flesh and the attraction to the void, as she suffocates in her socially imposed roles within the ruins of a decaying metropolis.

The production’s use of 3-D mapping, video projections and minimalist aesthetics yields a highly poetic visual trip through Phaedra’s stations of personal and public history. The performer embodies all the characters of the ancient myth passed onto us by Euripides, Seneca and Racine. Taking on their speech, Phaedra is also in constant dialogue with her digital selves, becoming Aphrodite, Theseus, Hippolytus, the Chorus and the crisis-ridden City itself. Struggling to escape the existential fatigue that plagues her, she ultimately emerges as a palimpsest of voices, images and memories.

A haunting, multi-sensory rendering of the insatiable desire for motion and for love. 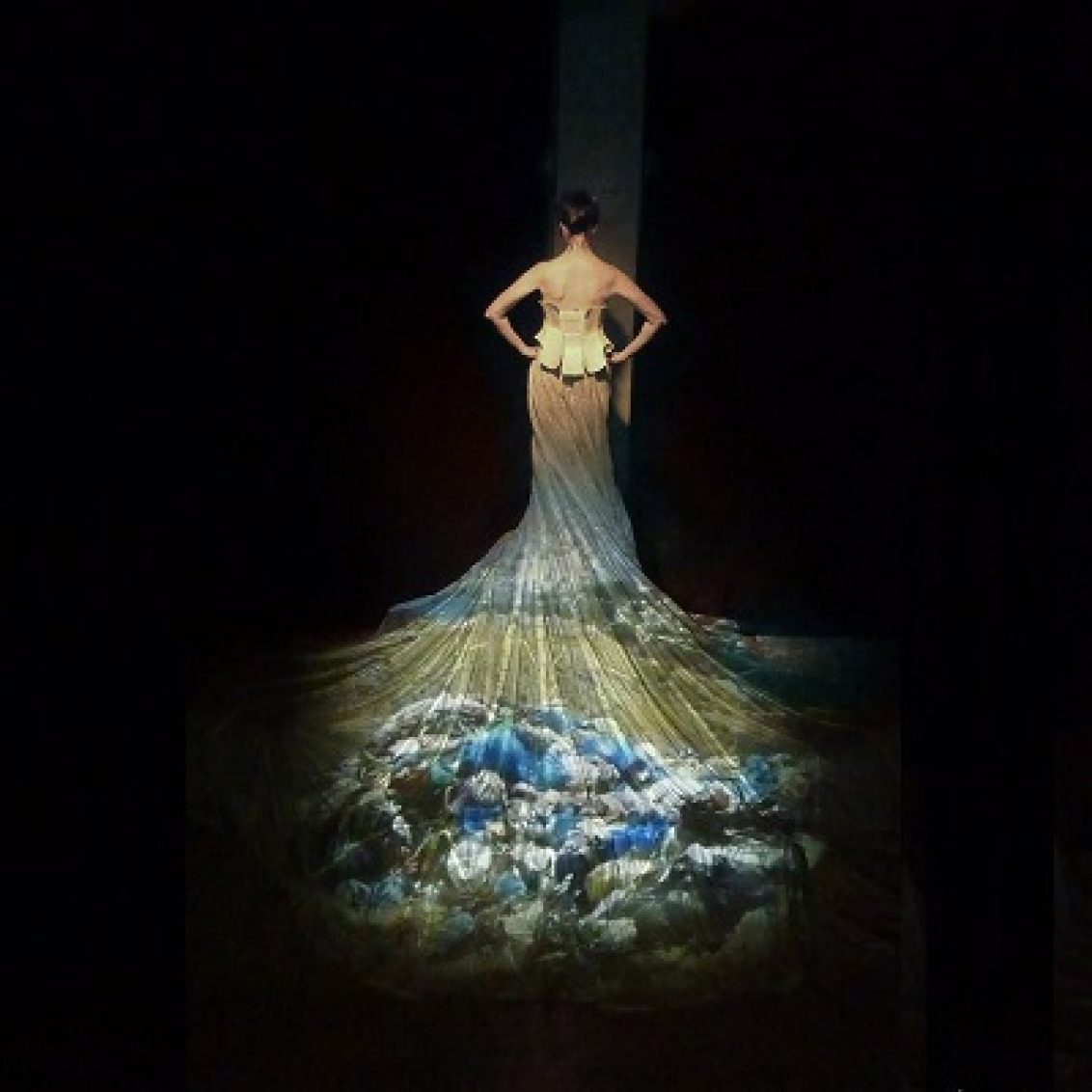