We regret to inform you that this event has been postponed. We will inform you of a new date.
An evening of discussion exploring the lost literature of ancient Greece that survives only on fragments of papyrus.

Many plays, works of literature and other texts from the ancient world didn’t survive the process of history, but were irrevocably damaged or lost to time. The “classics” that we know today are, in fact, based on the tiny percentage of literature that once existed. However, some of these lost works were rediscovered on papyrus found in an ancient rubbish dump in the Egyptian desert – but mostly in small, nearly indecipherable, fragments.

Join us as a papyrus specialist details the journey of these fragments and the challenges of deciphering and protecting them, and as theatre-makers discuss how they have taken inspiration from these fragments to create a new play inspired by fragmentation and Greek myth.

Theatre company Potential Difference have been collaborating with Laura Swift (The Open University) and with papyrus specialists at the Oxyrhynchus Collection in Oxford and the British Library to develop a new piece of theatre inspired by these fragments of Greek papyrus.

Senior Lecturer in Classical Studies at the Open University. Dr Swift researches fragmentary Greek poetry, much of which only survives on papyri. Her publications include Archilochus: The Poems (Oxford, 2019), and The Hidden Chorus (Oxford, 2010), as well as books and articles on Greek drama and poetry.

A theatre company that brings together writers and theatre-makers with academics and specialists to tell stories inspired by science, philosophy and technology. Their upcoming production, Fragments, will be presented in May 2020 at The Playground Theatre, London and The Old Fire Station, Oxford.

Image: Photo by Geraint Lewis, with thanks to the Egypt Exploration Society

Organised by The Hellenic Centre and Potential Difference 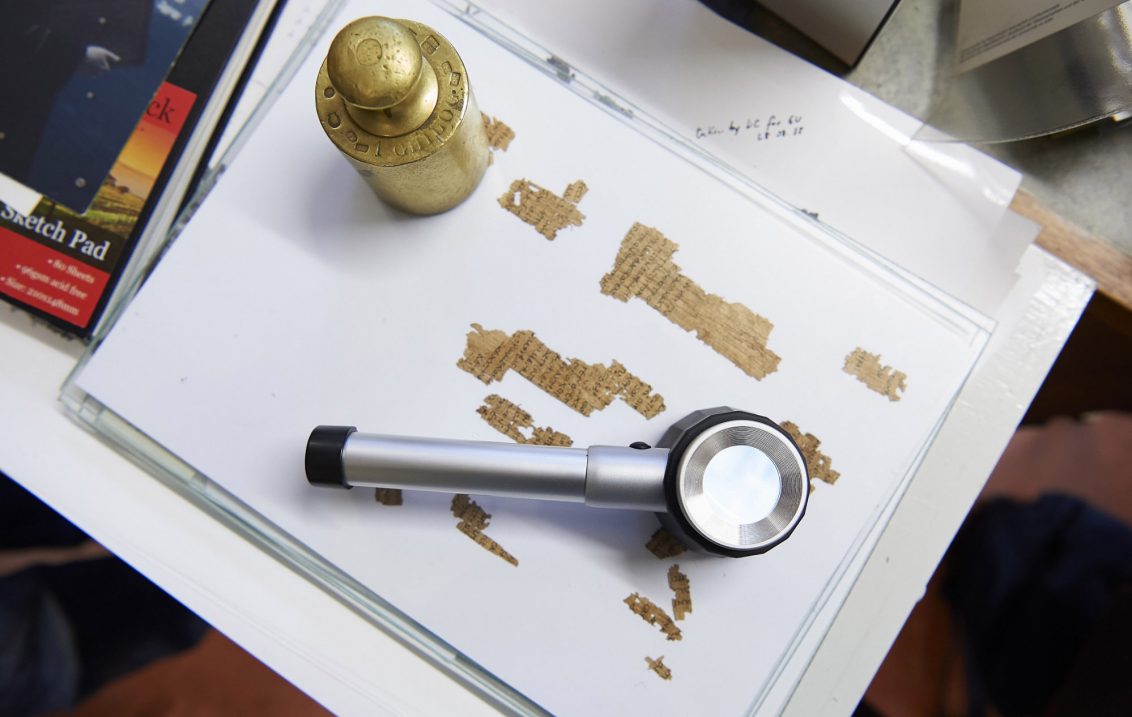