Papadiamandis for the English World

A book presentation with three talks, a reading of the English translation of the story ‘Under the Royal Oak’ by Alexandros Papadiamandis, and discussion.

Alexandros Papadiamandis (1851–1911) is generally recognized in Greece as the country’s pre-eminent and most significant modern Greek prose writer.

By integrating themes from both his country’s fabled pagan past and its Christian legacy he was able, in his numerous acclaimed stories, to capture and record some of the most complex facets of Greek life both on his native island of Skiathos and in urban Athens at the end of the nineteenth and the beginning of the twentieth centuries. Despite his ever-increasing popularity in Greece he has, however, remained virtually unknown to the English-speaking world because no systematic attempt to translate his work in English has ever before been undertaken.

This venture has now been endeavoured for the first time in a projected series of four volumes of his short stories, novellas, and essays entitled The Boundless Garden of which the second volume will be presented tonight. The series aims at remedying this lack of knowledge of Papadiamandis’ work and introducing the English-speaking reader to the wealth and variety of an unrivalled gallery of authentic individuals and communities, emerging out of a past defined by traditional beliefs and practices while moving into a new age shaped by the challenges of modernity.

The two volumes of his Selected Stories, which have appeared under the title The Boundless Garden, and his long novella The Murderess, published separately, are part of a projected plan to present in a further two volumes the best of his short stories, a selection of his essays, and a four more of his novellas.

On the occasion of the launch of the second volume of The Boundless Garden the organisers and the presenters wish to share their knowledge and love of this neglected Greek author with English-speaking readers. 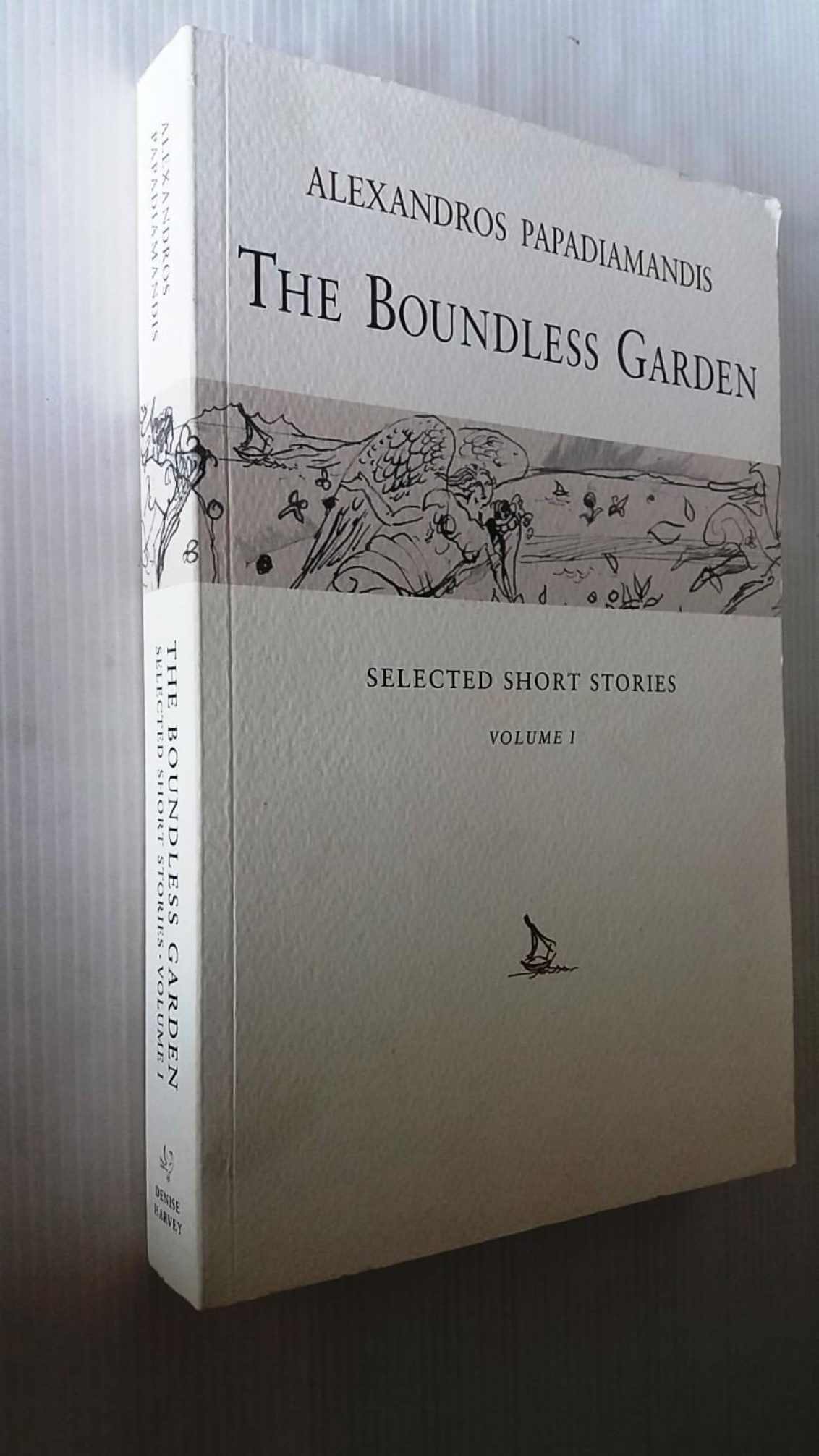