The concert is available to watch on YouTube from 7 – 11 May 2021 and will include arias from Bellini’s opera Norma, Puccini’s La Bohème & Madama Butterfly; well-known songs by Gershwin, Donizetti & Hadjidakis, traditional songs of Cyprus and Israel; as well as film music from Once Upon a Time in the West & Boy on a Dolphin.

Access to global markets is key for shipping, as 90% of world trade is conducted by ships.  The shipping sector reinstated its critical role when during the pandemic, ships continued to move cargo for the benefit of societies and the global economy. This was made possible because of the sacrifices of crews who were faced with unprecedented challenges during the pandemic.  Their endurance, expediency and dedication to their task continued relentlessly despite the psychological and physical fatigue and the inevitable safety concerns.

As at December 2020, more than 400,000 seafarers are stranded on ships beyond the expiry of their contracts and are unable to be repatriated to their homes and families due to covid travel restrictions.   An equal number of seafarers globally are stuck at home and unable to provide for their families. Travel restrictions have meant that the seafarers cannot leave ships, be repatriated home or get urgent medical attention as required.  Others have seen their contracts terminated or have been quarantined on vessels for over 14 days without pay.

The TSAVLIRIS CULTURAL FOUNDATION, through this inspiring concert, wishes to put the spotlight on seafarers globally, to raise awareness about how the collaboration and assistance of all stakeholders is required in order to alleviate the burden on crews around the world, and to say thank you for their support and unwavering endurance to maintain the supply chain running for the benefit of the rest of the world. We need to prioritize their repatriation and covid19 vaccinations. As Mr. Efthymios Mitropoulos, former Secretary General of the IMO has so eloquently put it, “Without shipping and its people, nothing would move: half the world wuld freeze, and the other half would starve”.

The Tsavliris Salvage Group, has joined the 750 companies and organizations who have signed up to the Neptune Declaration on Seafarer Wellbeing and Crew Change.

Organised by Tsavliris Cultural Foundation, supported by the Hellenic Centre 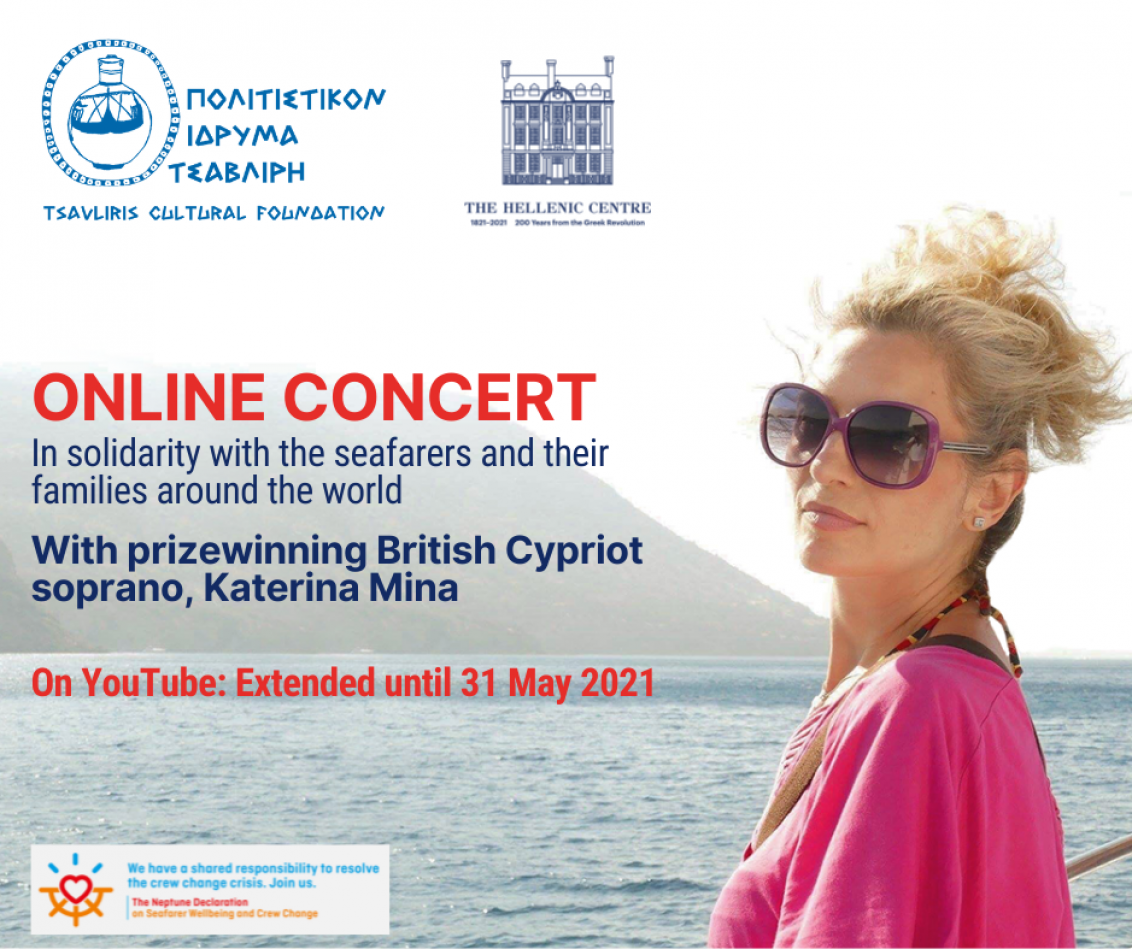