Performance will be in Greek, English subtitles available

Based on the book by: Μ. Karagatsis
Adaptation: Stratis Paschalis
Direction: Dimitris Tarlow

The Finnish Vasilis Karlovits Junkermann is the main hero. A descendant of a wealthy family, captain of the Τsar’s White Guard, an opportunist who fights with his demons, finds himself in Greece after the Russian revolution. His past is burdened with a murder, a woman he shared with a second lieutenant, drug smuggling, binges of every sort, alcohol, gambling, blackmail, fraud…. Ruthless and ingenious, he climbs the social ladder in his new country, acquiring an important position at a bank, wealth and charm, an “aristocratic rogue” who under the harsh Greek sun will come up against his own self, real love and the tragic element.

This is Karagatsis’s third novel and it was written in 1938, two years after the Chimera and five years after Colonel Liapkin, which together constitute the trilogy titled Acclimatization under Phoebus. In his novel, accompanying the comprehensive psychological analysis of the hero, Karagatsis, known to be a “natural born storyteller”, describes eloquently the social and political situation of post-war Greece, and puts forth his opinion about the Bolshevik Revolution, communism and the regime of the Tsar.

The director of the performance, Dimitris Tarlow comments:

“Junkermann, this godsent aristocrat and rogue, will hunt for wealth, glory, power, and women with self-destructive mania, he will acquire them all, only to realize, through the writer Karamanos that for each of us there is only one girl in the whole world. This wise transition will be the inevitable end of us, says Karamanos. The destiny of man is death. The basic, primary trauma, unforgiving, as torturous as it is, sends us all to the embrace of our mother, who awaits for us in beauty, frozen and still, so we can rest eternally next to her”.

The adaptor of the novel, Stratis Paschalis, says about his work:

“In Junkermann the adaptation recomposes the biographical facts of the novel into a dream play sequence which combines the realistic and paradoxical, the poetic and the grotesque. This is not done by chance. I got the idea for something like this from the last part of the novel, The Last Days of Junkermann, a delirium of images, facts and people, where imagination runs free and undermines reality. The whole play is a flash back that ends in the revealing of an event from the past, which throughout the whole play, works constantly, under and through the words of the main heroes, without ever being totally exposed to the audience… Tampere, Piraeus, Athens, Mytilene, Akrata, Thessaloniki, Central Europe, Grenoble…. Cosmopolitanism and roots, in a frenzied yet lustful nightmare full of passion, loneliness, cruelty but also deep humanity”.

The Hellenic Centre is happy to be one of the media sponsors for the livestreamed performance of Junkermann from the Poreia Theatre Athens Greece. Find all of the sponsors here. 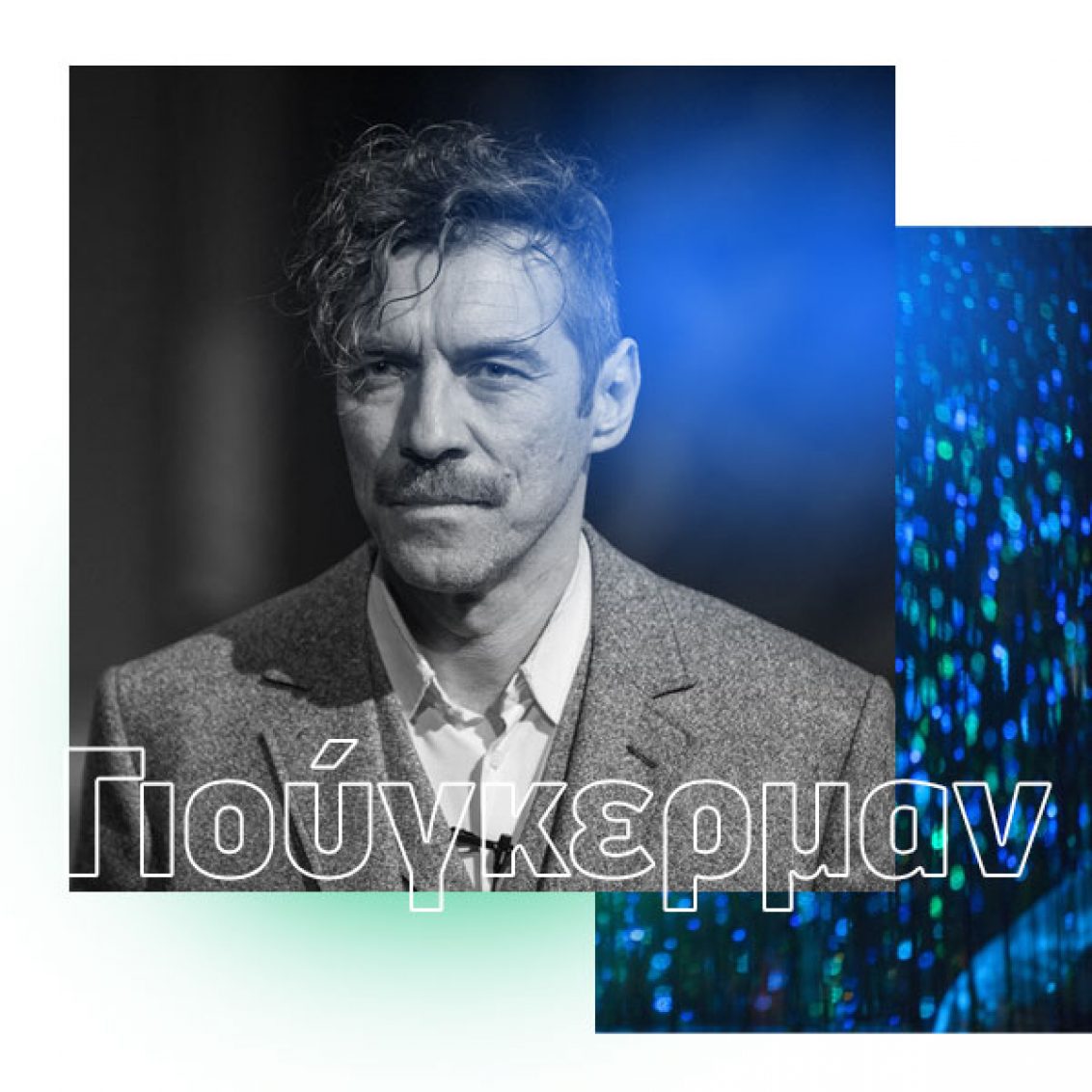