New Year Recital: A tribute to Jazz and Swing

Beat the winter blues with a celebration of the Big Band era of Swing and Jazz. Ensemble Reza, perform compositions by Duke Ellington, Gershwin, Strayhorn, Berlin, Brubeck,  Jobim and others,  all specially arranged by Anna Cooper for strings, accordion, clarinet, piano and percussion. The evening will also include some original compositions by Anna Cooper and Pavlos Carvalho.

Taste the traditional Greek New Year Cake, vasilopita, which will be offered during the interval.

Ensemble Reza, founded in 2014 by Pavlos Carvalho, Sarah Carvalho-Dubost and manager Hannah Carter is formed of musicians and friends who have performed both as soloists and as members of orchestras such as the Royal Philharmonic, London Philharmonic, Philharmonia and English Chamber Orchestra. The musicians have performed in many of the great concert halls of the world such as the Carnegie Hall, Royal Festival Hall, Barbican and also for King Charles III. Though they are essentially a classical group, bringing their music to audiences beyond the concert hall, regularly visiting for schools and giving outreach concerts, they also perform in other genres such as jazz, world and Greek traditional music. 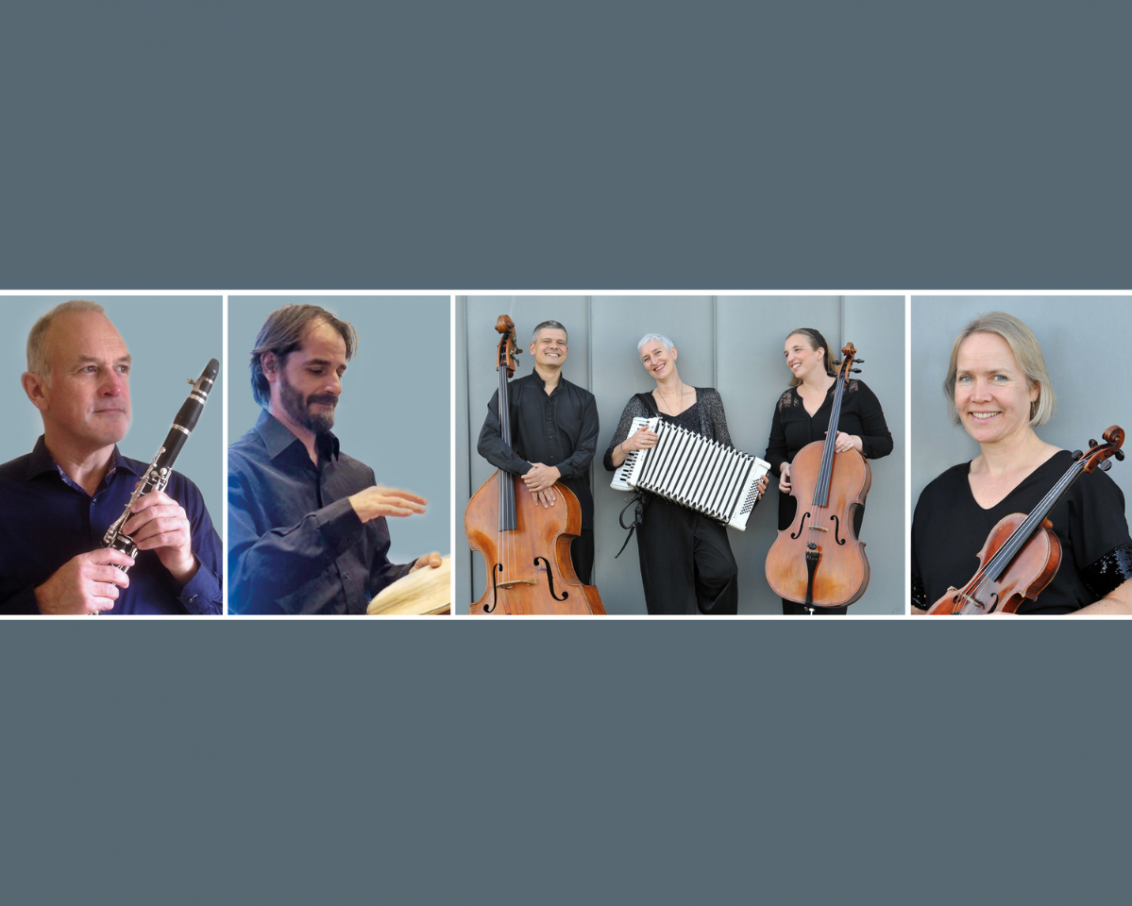