A modern clown entertains his audience by performing a provocative Comical Mystery. Like Jesus Christ before him, he redefines the notion of authority by giving a human dimension to the concept of miracles.

Triantafyllidou’s Mistero Buffo was first presented at the Balcony Theater at West Park Presbyterian Church in New York in May 2016. A second realization of the production was presented as part of United Solo Theater Festival winning the 2016 Best Physical Theater Show Award. In June 2017, Mistero Buffo started its journey around the world with its participation at the Hollywood Fringe Festival (Encore Producers’ Award 2017), at the Chicago Fringe Festival and Akko Theater Festival (Acre, Israel).

A Live Performance Where Laughter becomes the Miracle

This production is a theatrical exploration of the Last Supper hosted by a clown, the Giullare. The performance is crafted around three simple questions that the Guillare eagerly asks his guests:

who am I? who are you? who is in charge?

The Giullare returns on the stage of Acco Festival of Alternative Israeli Theatre to invite its audience to challenge the puritanical stereotypes of religious traditions with laughter, giving a human dimension to the concept of miracles. Through spanning monologues, soliloquies, storytelling, dialogues and crowd scenes, the Giullare shares his revolutionary message and redefines the notion of order and power. The protagonist of this comical mystery finds his roots in the medieval jugglers and commedia dell’ arte, and as a genuine fool, voices subversive preaching with a chuckle! Actor Panos Vlahos uses his technical ease to perform a number of different characters as a fool, a player, a peasant, soldiers, villagers, the Pope and Jesus Christ in a one-hour theological and political statement.

Panos Vlahos (Performer) is an established Greek actor, songwriter and musician. Panos studied acting at the New Hellenic Theater, under George Armenis and has performed extensively in theaters, feature films, TV and web series. Recent performances include productions of the National Theater of Greece, presented at the prestigious Ancient Theater of Epidaurus. Panos is the youngest actor ever to perform the role of Xanthias, in Aristophane’s Frogs, in Epidaurus. His first album “Children’s Games” was released by the label Ogdoo Music Group in 2014. He is at panosvlahos.com

Lyto Triantafyllidou (Director) is a New York based theatre director, interested in developing theater pieces that create a new and original dialogue with reality, through researching and revitalizing under-represented works from the global stage, adapting classical material and collaborating with authors on new plays. She has presented work in various festivals and platforms in New York and Greece. Selected directing credits include:  Sons and Daughters by Yiannis Kalavrianos (Greek Cultural Center, NY) One Minute Play Theater Festival (New Georges, New York City Center), Pool (No Water) by mark Ravenhil, A Few Things Before I Leave You by Daniel Kitrosser (NSD). Desdemonas’ based on Othello (Cleio Theater, AUTH), an original adaptation for four actors of Cymbeline (NSD), As you desire me by Luigi Pirandello (Cleio Theater, AUTH), The Line by Israel Horovitz (CondACT art club). She holds an MFA in Theater Directing from the New School for Drama. She is at lytotr.com 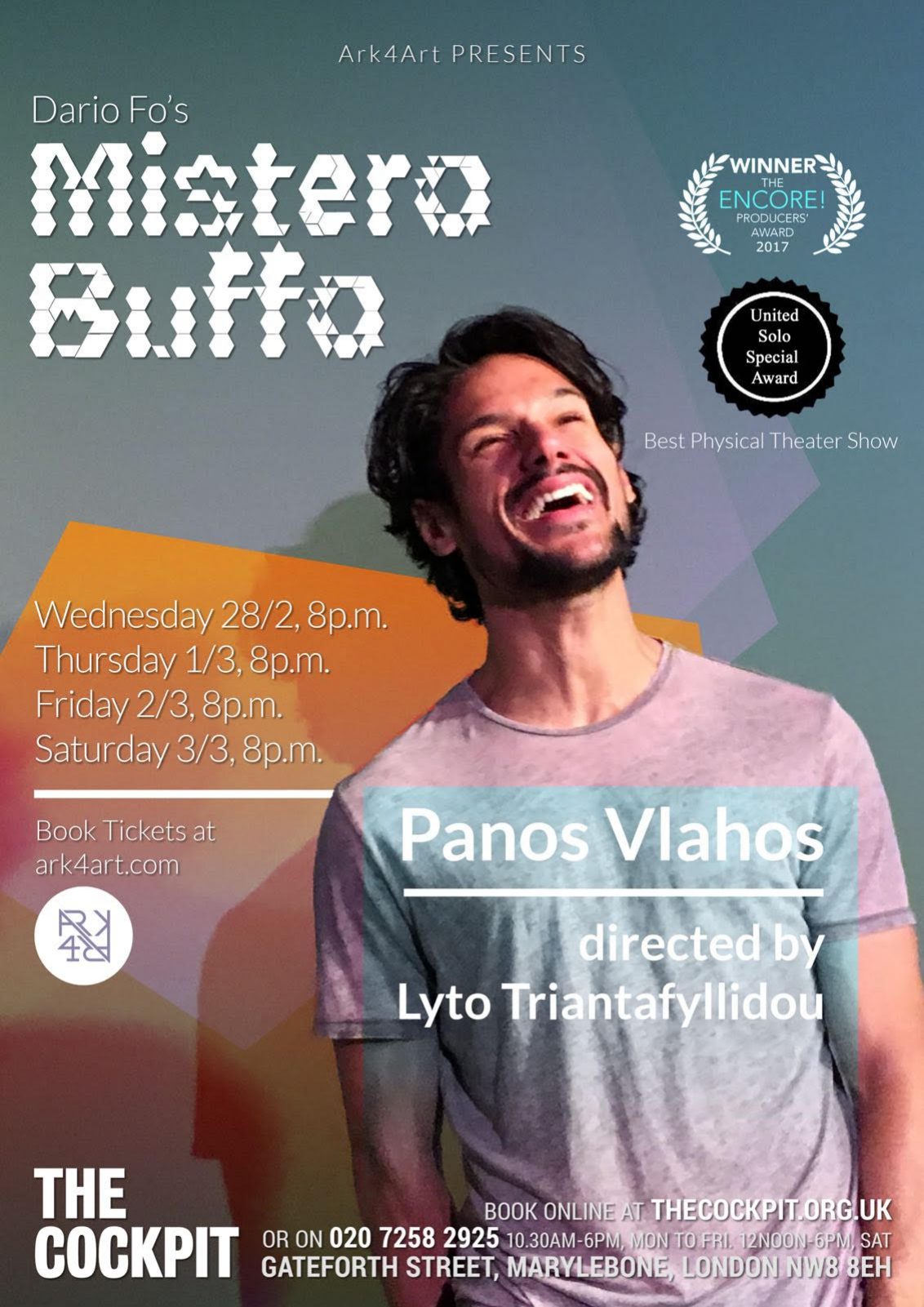