Lullabies of the World

A journey around the world, through traditional lullabies from different parts of our planet, adapted into Greek by the Cypriot lyricist Stavros Stavrou. The project is a result of extended research and was first presented last November, during the Nicosia International Arts Festival 2021. The songs of the collection have been released in a recorded album, performed by ten renowned Cypriot actresses.

The performance at the Hellenic Centre in London will include lullabies from Armenia, Bosnia-Herzegovina, Cyprus, Denmark, France, Hungary, Israel, Italy, Japan, Russia, Ukraine, and England. 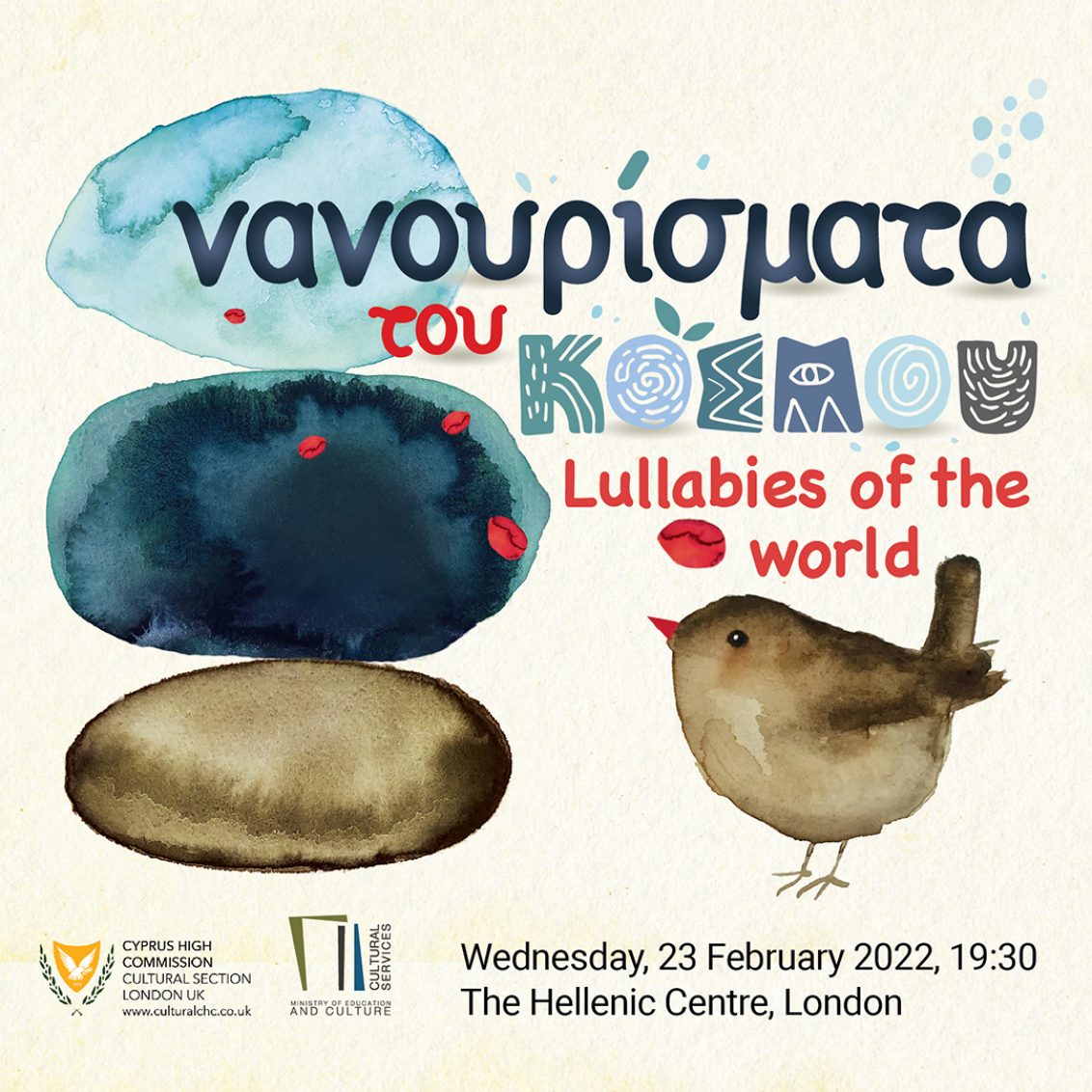