The evening will open with an Opera Sing-Along, a funny moment where the audience can warm up their voice and join professional singers and musicians in some popular tunes from Gaetano Donizetti’s “The Elixir of Love”.

The Aperitivo Tasting session, instead, will be the opportunity to taste some Italian delicatessen and try signature coffee, a tiramisu and many other original finger food. This moment is conceived to network and provide a moment to relax.

The event will conclude with an Opera Gala, presented by six international artists with arias and duets from the Italian, French, German and Hungarian repertoire.

HUNGARY – Dr Maria Temesi, Opera Ambassador, soprano. Mária Temesi is a Hungarian operatic soprano, university professor and Head of Voice Department at the Faculty of Music at the University of Szeged. A former member of the Hungarian National Opera, she is also Founder of the Szymandy Competition.

Elizabeth Sillo, mezzosoprano (Hungary). A member of the BBC National Chorus of Wales studied singing in the Franz Liszt Conservatoire, in Budapest. After obtaining her musical degree, she joined as a singer the Budapest National Opera and later the Szeged National Opera.

POLAND – Leo D’Oro, baritone. He made his debut as Scarpia in 2018 with Associazione Tito Gobbi in Rome, where he received an award from Rai TV and Radio Vaticana for this role interpretation. Leo performed in venues such as the Barbican Hall, the Brighton Festival, Bath Art Festival, Iford Arts Festival, Nevill Holt Opera and San Francisco Opera.

ARGENTINA\ITALY – Fernando Messulam, tenor. Fernando is a writer, lyricist and a versatile artist. He studied acting ,  ballet and jazz dance. At seventeen he was a member of the Theatrical-Lyrical Company of the Piedmontese Association. In 1997 he took part in “Le Nozze di Figaro” and then in 1998 in “Robin Hood, the musical” (awarded with four “Sea star”, Mar del Plata city) in the city of Buenos Aires. He was consequently called to play a part in the musical “El diluvio que viene” (“The coming flood”) starred by Juan Darthés.

ALBANIA\GREECE – Zisimos Florenc Sulkuqi, violin. Greek violinist and producer, Florenc is leading violinist of Athens Philharmonic and a former member of Athens State Orchestra and the Greek National Opera. He has given concerts and recitals at the Musikverein in Vienna, the Carnegie Hall in New York, the Teatro de’ Rozzi in Siena, the Teatro Verdi in Florence and the Athens Concert Hall.

GREECE – Stavros Dritsas, piano (Greece). Stavros was recipient of grants and awards from Schola Cantorum in Paris, the Gina Bachauer International Music Foundation and the Henry Wood Trust. His performances include recitals at the Scriabin Museum in Moscow, St. James’s Piccadilly, Hampstead Museum and Milton Court Concert Hall in London, the Athens Megaron and Cadogan Hall. He recorded Schubert for BBC Radio 3 with British actor Martin Jarvis. He is the Director of the Hellenic Institute of Cultural Diplomacy in the United Kingdom.

ITALY – Ambra Sorrentino, presenter and artistic director (Italy). Ambra Sorrentino is an Italian opera manager, founder of Opera Co-Pro, a consultancy company that reunites over 2000 performing arts organizations. She has been awarded best CEO for UK 2020 and selected by J.P. Morgan among the 15 best female entrepreneurs in London. She is Opera Management Professor of the London Performing Academy of Music, Artistic Consultant for Teatro Grattacielo in New York and an Expert Member of the European Commission for Culture. She is also a Member of the Scientific Committee of the Faculty of Sociology of the University of Salerno, as well as a former lecturer at La Sorbonne University Paris, the University of Salerno and the Catholic University of Milan. 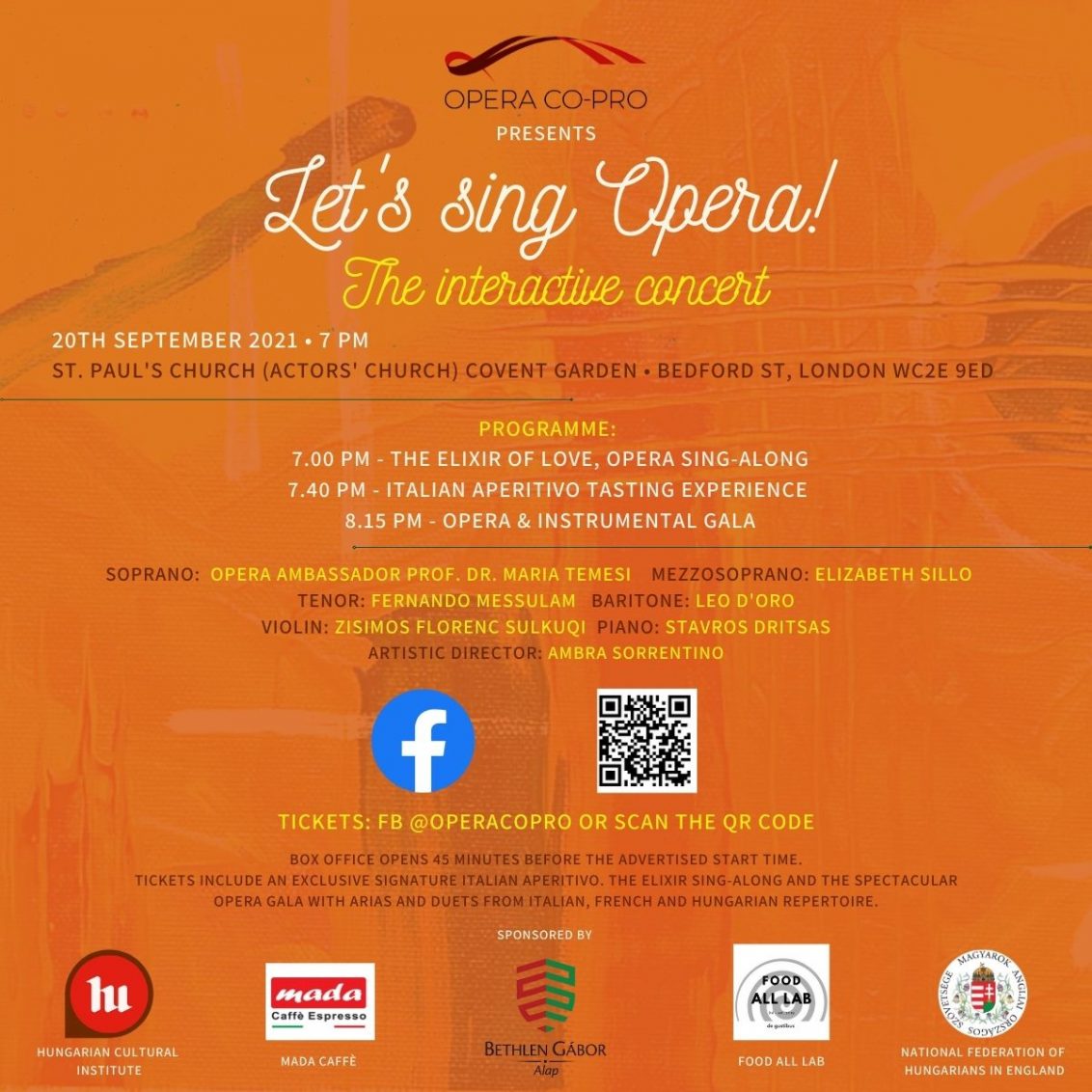