2500 years ago a Culture with Sciences and Arts flooded the planet earth. Plato, Aristotle, Homer and many others, have mentioned the origin and ability of the race, (Greeks) Here we should point out that by the term Greek we do not mean the person where he was born in Greece as the Greek is a species. If we really accept the words of our glorious ancestors (and they are not few), there is easily a “logical” explanation for our origin, the Greek Pelasgian Tribe. Aristotle was claimed the astral origin of the Greeks.

The masterpieces of that time, Temples, Statues, Works of Art, were stolen by various modern ethnicities and for many years were missing from their real and natural space, Greece! Humanity has to keep the memories, studies, sciences, letters and arts to evolve, but it also has the biggest debt, to return the works of art from where they got them….. It’s time!

Sokratis Evgenidis is a Greek painter, born in 1958 in Patras. From a very young at the age of 8 years, he showed great interest in painting and finally followed this artistic path. He started semi-professionally in 1982, when he was 22 years old, essentially self-taught. In 1985 he attended independent painting classes in the art workshop of School of Fine Art, until 1987. He attended freelance lessons of the Russian School Painting.

He uses both oil and mixed paints and lately he has added sculpture on canvas, his inexhaustible theme triggers emotions in viewers, mainly with Hellenic History, reference to nature, the Greek landscape and the sea. His paintings, created using brushes and palette knives, express modern, contemporary, free and decisive movements, influenced by impressionism, yet with an expressionistic twist. Without always avoiding contours, but often with an abstract predisposition, he prefers to guide the view and perception of viewers, through intense colour correlations and an entirely personal style. 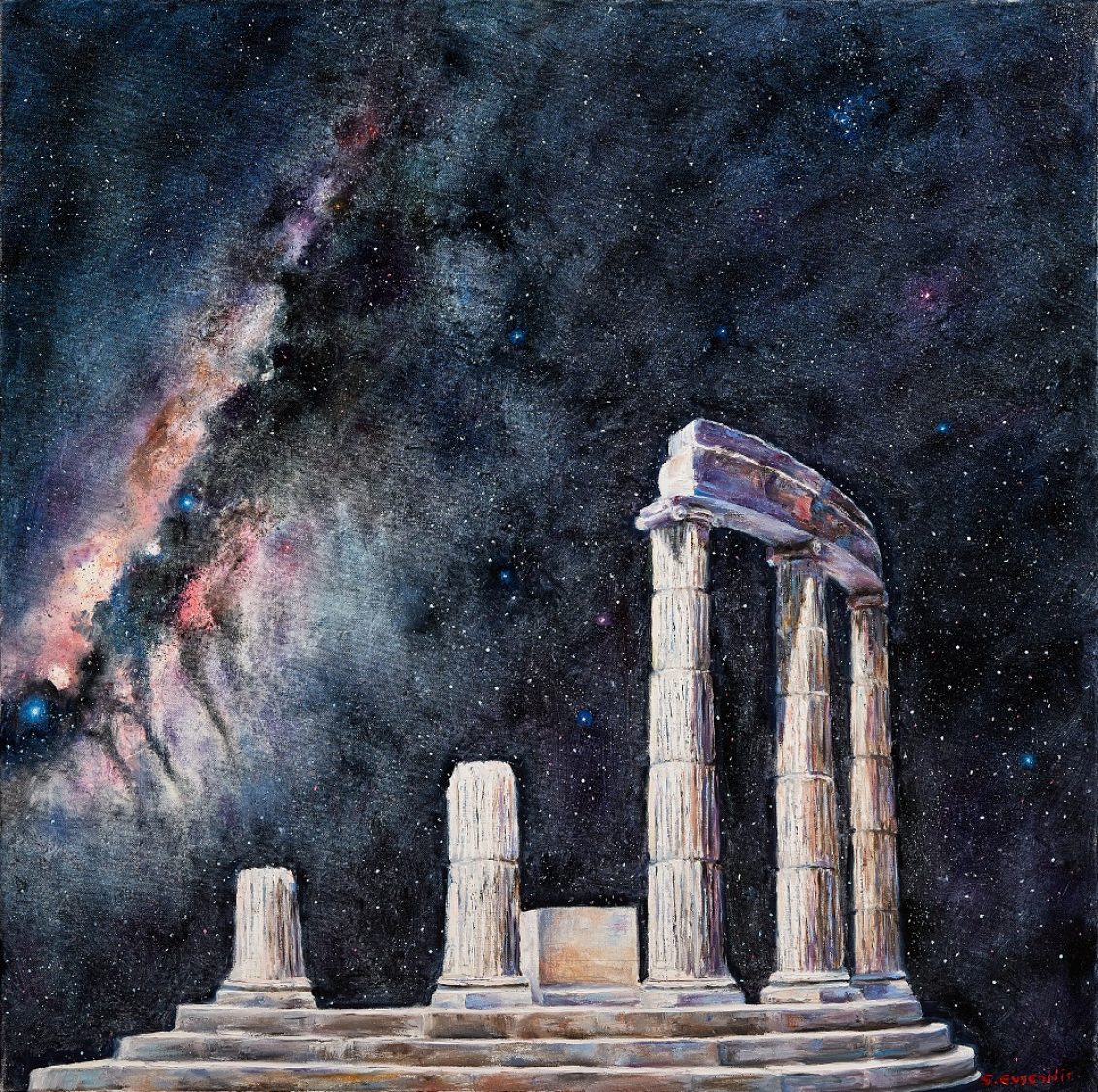