Though the event can be accessed for free, Greek Fringe encourage you to support the artists by making a donation here

An intercontinental double bill that showcases extraordinary exponents of Greek music from around the Globe!

KADINELIA (GREECE)
Kadinelia is the name of a falcon species found in Cyclades, Greece. Its distinguishing characteristic is that it mates in the air while flying. This symbolic act of freedom is what inspired Athanas Zikas and Evi Seitanidou to name their folk-guitar duet and start their adventure in music.

Their main source of inspiration is traditional Greek traditional and the need to create something new with it. They compose their own tracks incorporating elements from blues, funk, gypsy music and several traditions of the world all the while replacing the basic roles of a whole orchestra and groove the audience, just with two guitars.

The intense rhythmic motifs, the dynamic guitar solos, the exotic vocals and the continuously alternate roles of the two musicians while playing are just some facets of their live performance. Their latest surprise in the show is the introduction of two new instruments, the tsabouna (the bagpipe of the Aegean) and the lyra of Pontus that along with a loop station create an atmosphere where ancient sounds meets the minimalism of trance.

“Kadinelia” began in 2015 and since then they’ve travelled all over Greece sharing their music and inviting people to a journey from the Mediterranean to Mississippi.

DELYRIUM (AUSTRALIA)
A high energy Cretan fusion band based in the heart of Melbourne, Delyrium embrace the gutsy rhythms and driving grooves of Cretan music to produce a sound that connects the timelessness of folk music with the edginess of the Now. The band includes some of Australia’s leading musicians:

SUPPORT THE ARTISTS
Despite being online, the same amount of love, sweat and tears go into producing these works. Show your support by making a secure payment via paypal here.

Organised by Greek Fringe.   We have partnered with Greek Fringe an initiative founded in Australia now a global community, on a series of virtual events. 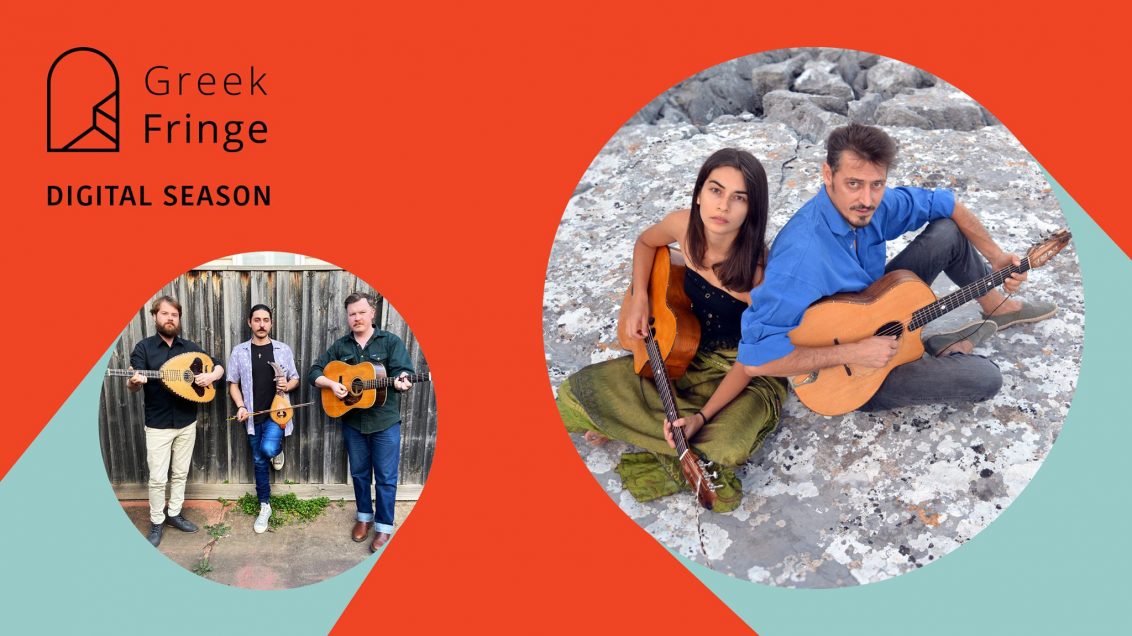 We have partnered with Greek Fringe an initiative founded in Australia, now a global community, on a series of virtual events.

Greek Fringe is all about unveiling independent artists who are not afforded the attention they deserve and to curate events that do just that!