Children over 2 and Adults £12

We regret to inform you that this event has been postponed.

It’s summer and our Asteraki travels to Greece, for an adventure! With a fun storyline and live musical instruments, we will explore the beauty of Greek music!

In a workshop after the concert, children will have the chance to meet the instruments and even play them! Arts and crafts activities will be running by a qualified art teacher.

Come and join us for our amazing Family Concert!

This event will be in Greek

Eleni Georgiou studied music and singing in France and UK. For 10 years she worked as a Music Coordinator in schools in London. In addition to this she worked as a professional opera singer, while performing in London and other European cities. After the birth of her children she created Asterakia. Asterakia is a fun, music, movement and drama class in Greek for the under ‘5s. Asterakia’s curriculum is based through the use of original songs as well as a new arrangement of traditional Greek nursery rhymes, classical pieces and folk songs. Two years ago, Asterakia and Rebetiko Carnival created a series of interactive concerts in order the children to explore the beauty of the Greek Language and music through a fun concert.

The Rebetiko Carnival became an official Charity in April 2016. However, the idea began with a festival in 2014. Although the core organisers of the festival was a small group of musicians, this was the culmination of a thriving community of Rebetiko music in London over the last twenty years, bringing together people from all different backgrounds and interests. Read more about Rebetiko Carnival here 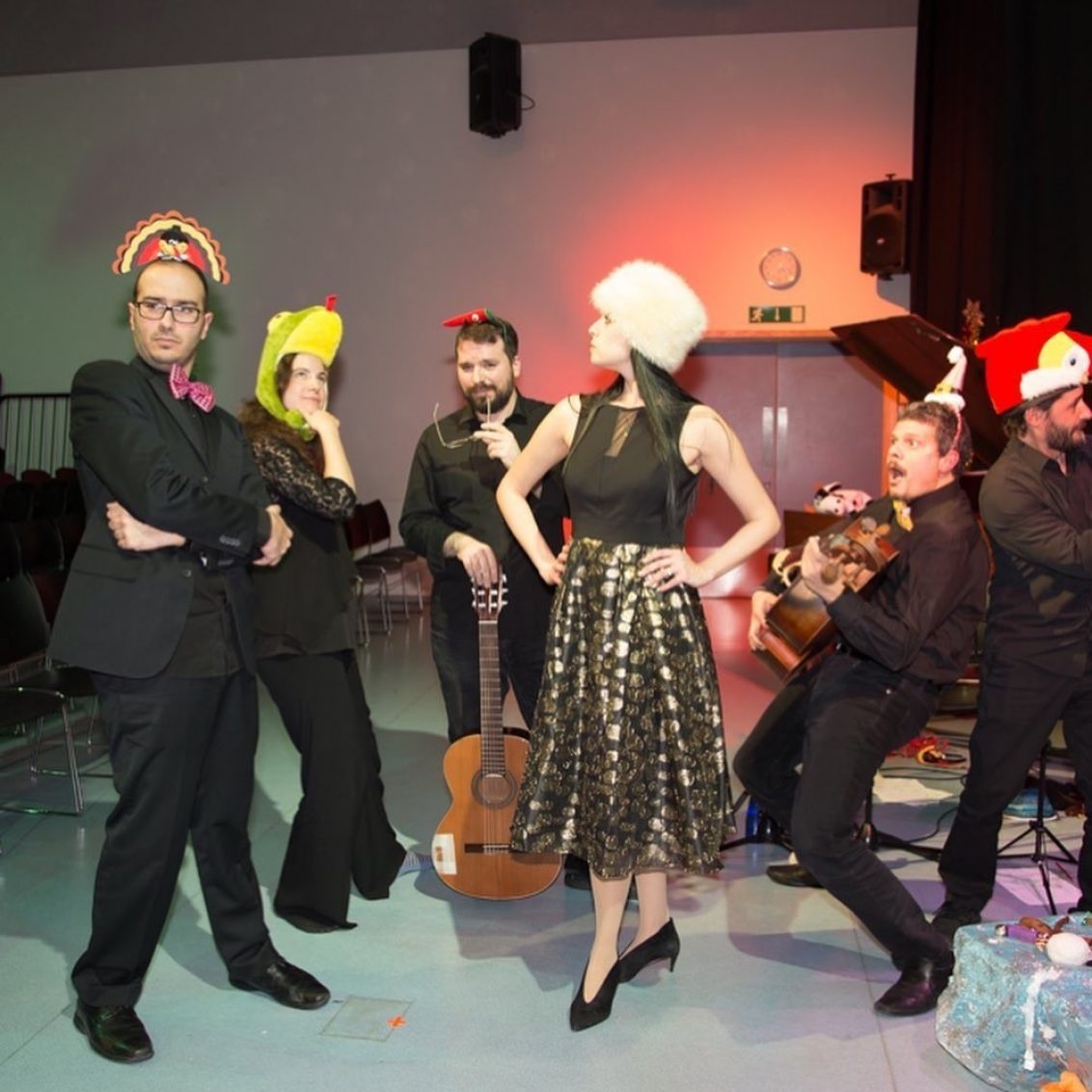