An interactive family celebration of songs and activities related to Greek Carnival with music and playgroup Asterakia.

Language: Greek and English. For all ages. Adults admitted only if accompanying children.

Eleni Georgiou studied music and singing in France and UK. For 10 years she worked as a Music Coordinator in schools in London. In addition to this she worked as a professional opera singer, while performing in London and other European cities. After the birth of her children she created Asterakia. Asterakia is a fun, music, movement and drama class in Greek for the under ‘5s. Asterakia’s curriculum is based through the use of original songs as well as a new arrangement of traditional Greek nursery rhymes, classical pieces and folk songs. Two years ago, Asterakia and Rebetiko Carnival created a series of interactive concerts in order the children to explore the beauty of the Greek Language and music through a fun concert. 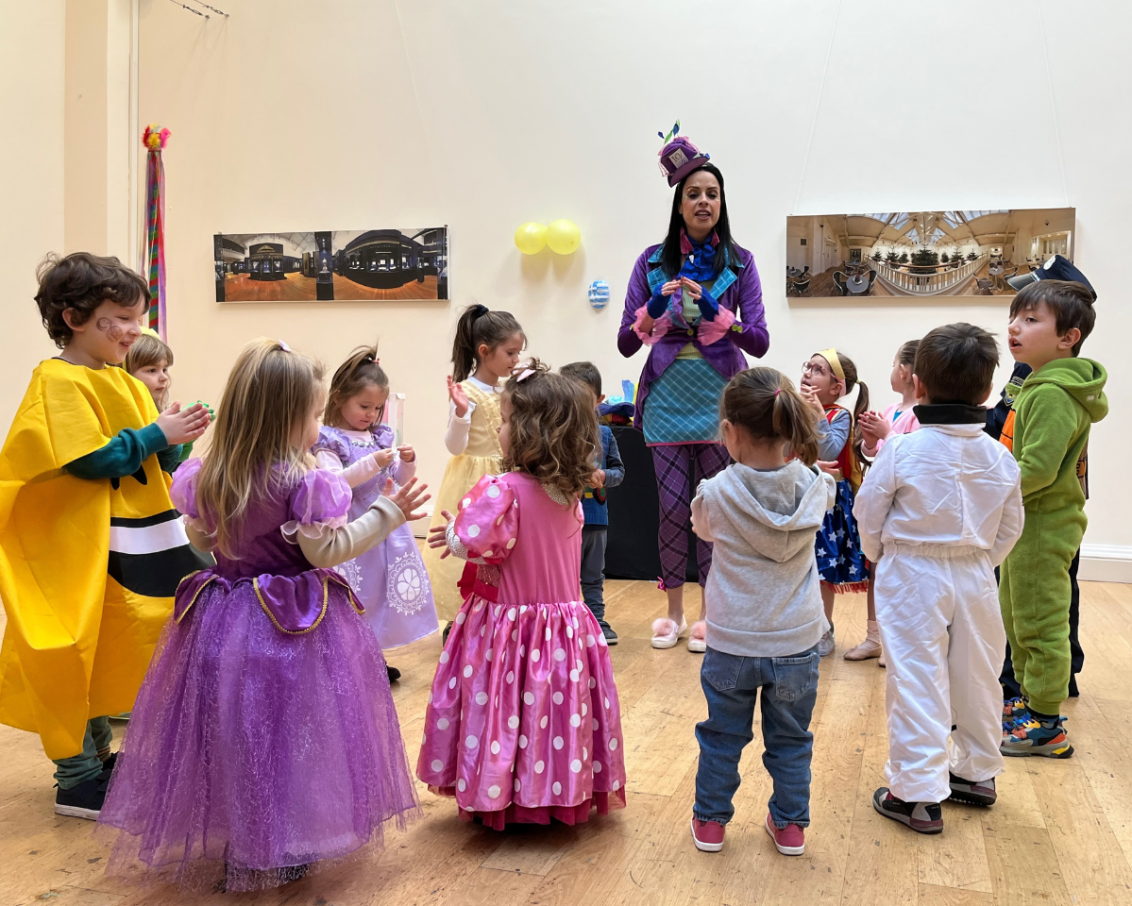