Excavating the past and its people: a fortified settlement and its cemetery at Xobourgo on the island of Tenos

The lecture will be given online via ZOOM.

To participate, it is necessary to register in advance, so please click on the following link

As a Visiting Professor she has lectured as Onassis Scholar at universities in the United States, as a AIAA scholar in Australia, as well as in Lebanon, Jordan, in France, Italy, Switzerland and Cyprus. She also served as Visiting Professor in 2013-14 at the Université Libre de Bruxelles. Professor Nota Kourou has published three important monographs: Το Νότιο Νεκροταφείο της Νάξου (Αθήνα 1999), CVA Greece 8, Athens 5. Attic and Atticizing Amphorae of the Protogeometric and GeometricPeriods ( Athens 2002), Pots and Graves. The Lost Cemeteries of Early Iron Age Tenos, Ét. d’Arch. 18 (Bruxelles 2021). She has co-authored four books, two in English, written more than 100 articles published in peer reviewed journals and several book reviews. She has attended more than 100 conferences presenting papers in many of them and is currently serving on editorial committees of several scholarly journals (AION, AURA, Annuario, Carthage Studies et al.). She is a member of the Archaeological Society at Athens, the Society of Euboean Studies and of the German Archaeological Institute at Athens. In 2017 her numerous students and colleagues presented her with a Festschrift entitled “ΤΕΡΨΙΣ.  Studies in Mediterranean Archaeology in honour of Nota Kourou,’ Ét. d’Arch. 10, Bruxelles.

The large, fortified settlement excavated on the southern slopes of the abrupt granite hill of Xobourgo, at the centre of the southern part of the island of Tenos, seems to have been operating as the main economic and political centre of the island for several centuries from the 10th down to the end of the 4th century BC. Named Polis in ancient inscriptions, it represents a typical island capital and together with the cemetery of the Classical period excavated outside the walls, it gives a comprehensive idea of the island’s past and its people. Traces of ancestral cult revealed just outside the cyclopean fortification of the first settlement, define a ‘sacred place’, where the ancestors were ritually honoured. The distinct phases of this sacred place excavated at the south-western part of the hill seem to represent the successive steps taken by the inhabitants of the early settlement to keep pace with current political and religious advancements in other main parts of Greece, while some grave stelai of high quality, made of local marble, seem to confirm such challenges during the Classical period, as well. As the excavation continues since1995, the numerous parts of the settlement revealed, offer a good example of an island capital and its topography, while the large number of finds in clay, metal, marble and even precious materials offer a panorama of an island settlement and its people in antiquity. 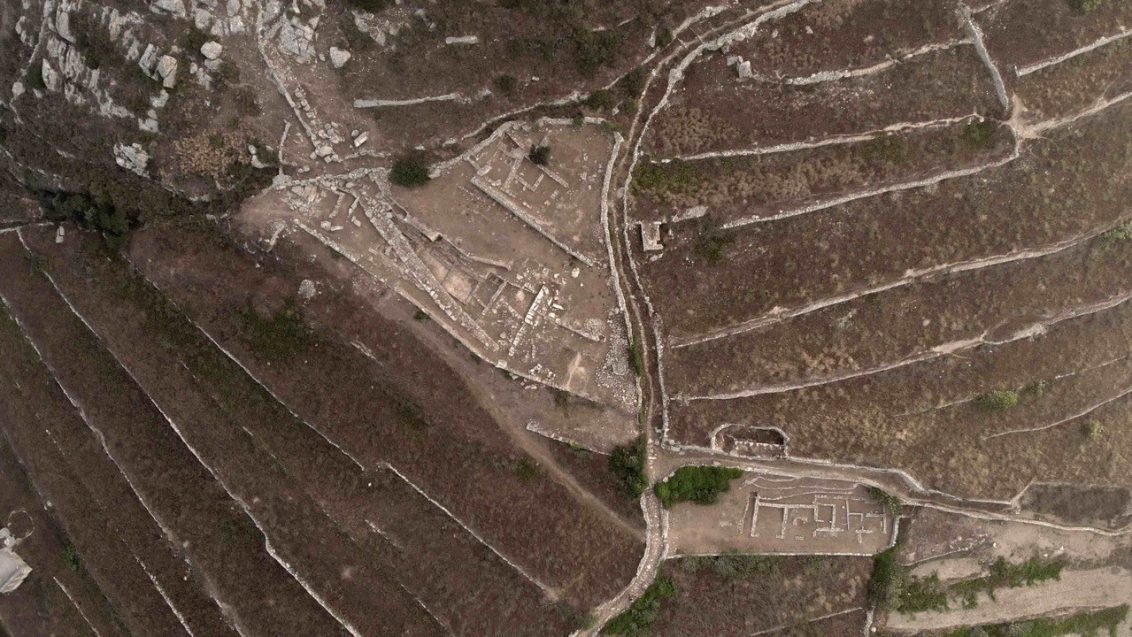