This exhibition marks the first instance in which Konstantinou’s
work has been presented in London and it is also the first time that
both artists have exhibited together outside of Cyprus.

Tsangaris and Konstantinou work exclusively as printmakers, an art
form that is not widely practiced in Cyprus, and make use of a
variety of techniques for the creation of their art. These two artists
chose to engage with printmaking as they believe that the medium
provides them with a great degree of flexibility when it comes to
creating imagery and experimenting with different styles while also
acting as a highly effective instrument through which the cultural
beliefs and customs associated with the communities in which
they are based can be preserved and disseminated.
Konstantinou is a former student of Tsangaris and the two are very
close friends and often collaborate together. Although there are
many similarities between their works, Konstantinou chooses to
work solely with black ink and tends to focus on traditional Greek
dancing ceremonies, religious symbolism or subjects derived from
Greek mythology. Although Tsangaris also regularly refers to these
subjects in his work he is more focused on portraying folk-tales
and legends that relate to Cyprus more specifically, one example
being his Kalikangiari series, depicting the mischievous activities of
goblin-like creatures that are rumoured to appear on the island
between Christmas and early January. In spite of these differences
there is a clear correlation of style between both artists, which is
most evident when comparing their linocut prints. This is likely due
to the fact that Konstantinou was tutored by Tsangaris, although
Konstantinou’s prints can be seen as more austere or
conventional, which could be attributed to his former training as a
Byzantine-style painter. 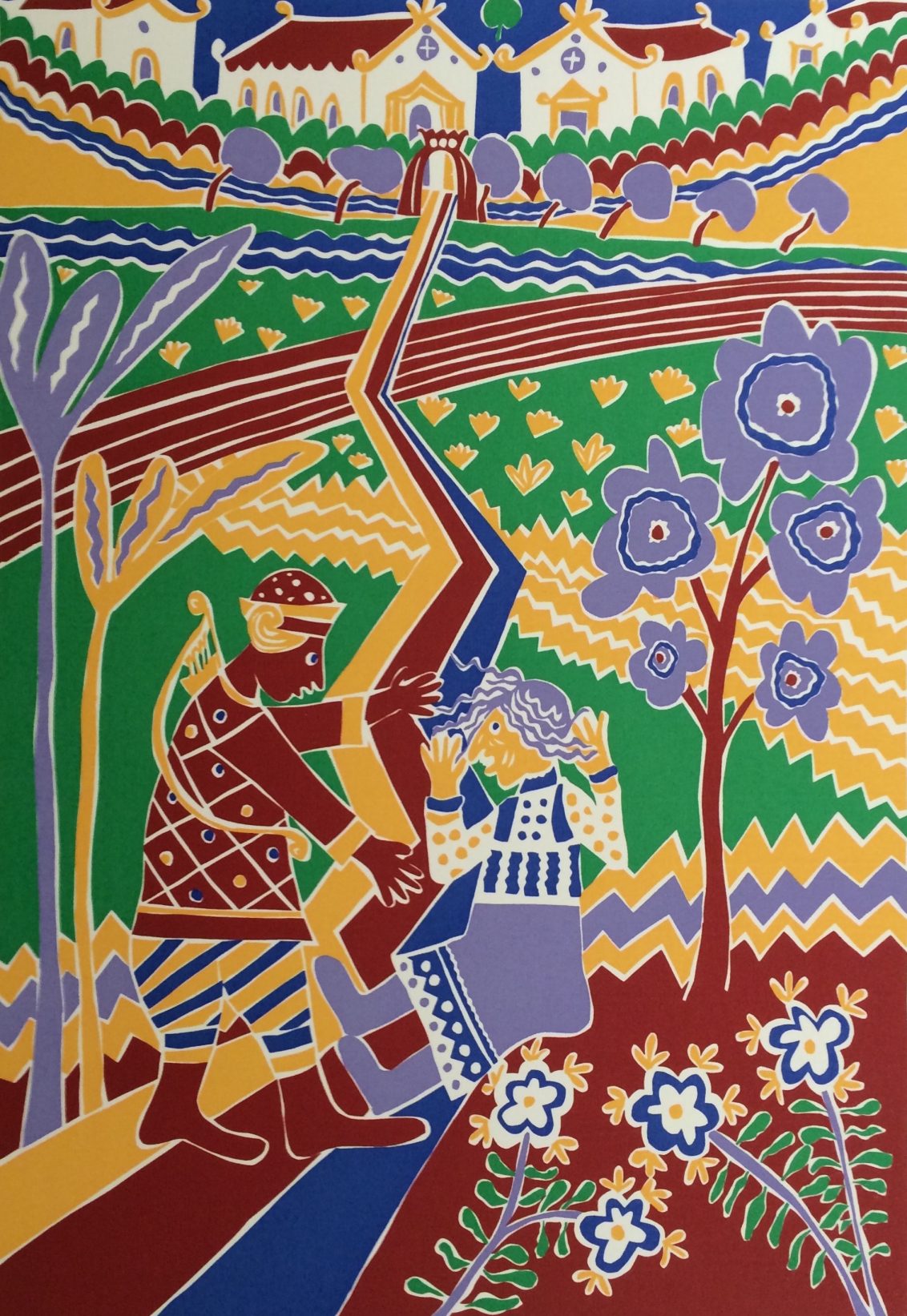