This unusual programme will highlight the influence of wider European culture on Greek creation after the Revolution and Byron’s links to Greece, illustrated by images of some of the places he visited and extracts from his poems. Selected violin and piano works will reveal some of the musical links and the places and people that were important for Byron.

The event will be introduced by Professor Roderick Beaton. Oliver Nelson (violin) and Vasilis Rakitzis (piano) will play works by Samaras, Beethoven, Varvoglis, and Franck.

Organised by the Hellenic Centre and Supported by Dr S. Retsas in memory of the late Dr Diana G Rees (Retsas)

Oliver Nelson was born in Glasgow and began learning the violin at the age of six. He gained scholarships to both Canford School and the Royal Academy of Music. During his time at the Academy, Oliver studied the violin with Xue-Wei and conducting with Colin Metters, graduating with distinction in both the Fellowship diploma and his MMus degree. His achievements include winning the Academy Concerto Competition, appearing as leader and soloist with the Academy String Orchestra and the building of his concerto repertoire with numerous British orchestras. Oliver has since been in high demand as a recitalist with some of Britain’s finest pianists, including Andrew Ball, Julian Jacobson, Béla Hartman, Nigel Hutchison, Richard Ormrod and Vasileios Rakitzis with recent performances ranging from St. Martin-in-the-Fields to St. James’s Piccadilly in London. Oliver is also a busy chamber musician, both as an artist in ‘cellist Jamie Walton’s North York Moors Chamber Music Festival and as a member of Trio Damira with Hartman and Mischa Lezdkan.

Oliver has appeared as soloist with orchestras throughout this country and abroad including performances of Brahms Double Concerto with Rebecca Gilliver in Dorset, the Tchaikovsky Concerto in Adelaide, Australia, and Mozart Concerto No.3 with the Royal Oman Symphony Orchestra in the palace of the Sultan of Oman.

Oliver’s violin playing features in film, as solo violinist in Bruce Webb’s Rare Books and Manuscripts and Francois Girard’s The Song of Names. In the latter, he collaborated with Oscar-winning composer Howard Shore, Clive Owen and Jonah-Hauer-King.

Vasilis Rakitzis is a Doctor of Musical Arts from City University London and the Guildhall School of Music and Drama, and a graduate of the Royal Academy of Music and the Conservatories of Athens and Amsterdam. A pupil of Popi and Maria Efstratiadis, Martin Roscoe, Naum Grubert, and Caroline Palmer, he also participated in masterclasses with Paul Badura-Skoda, Boris Berman, Martino Tirimo, and Leonidas Kavakos.

Vasilis regularly appears in piano recitals and chamber music concerts in Greece and England, and he has also performed in the Netherlands, Germany, and Italy. As a concerto soloist he has performed with the State Orchestras of Athens and Thessaloniki, the National Radio Symphony Orchestra of Greece, and the Symphony Orchestra of the City of Athens. Vasilis was a prizewinner in national and international competitions, and he was awarded the prestigious ‘Eleni Tim. Mykoniou’ prize by the Academy of Athens. He currently resides in London and also teaches piano at the Hindhead Music Centre, Christ’s Hospital School in Horsham, and The Royal School in Haslemere. 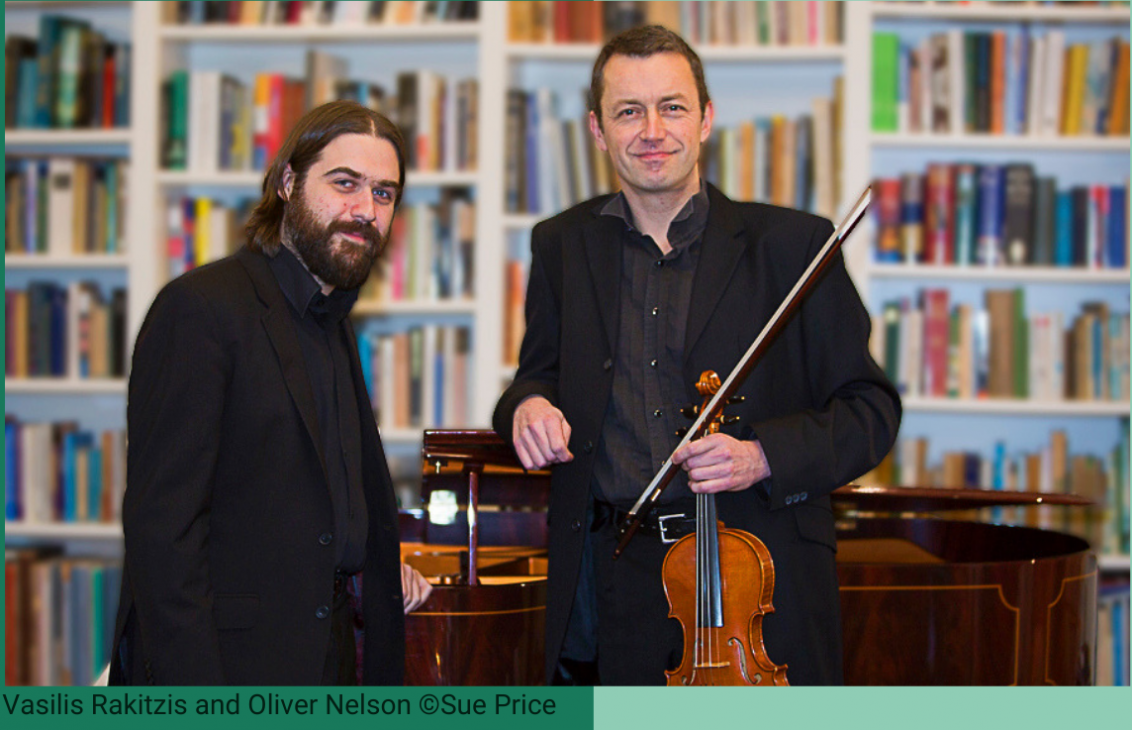