In a planet “irrevocably lost”, a human and a machine – both of them unscrupulous hunters in a world where violence and cruelty determine survival – develop an unexpected, symbiotic relationship in order to face the horror of radioactivity. The arrival of a stranger will bring them face to face with hope – something they thought was permanently lost – and make them question the existing order of things. But will this stranger be able to save them form the realm of death, or will he push them deeper into it?

Γυμνά Οστά written by Dimosthenis Papamarkos and illustrated by Kanellos Cob was published in June 2021 and its official launch will take place in Greece early July.

This online event, marks the launch of Γυμνά Οστά in the UK with a discussion, in English, between Dimosthenis Papamarkos, Kanellos Cob and Dr George Kazantzidis (Department of Philology, University of Patras).

Dimosthenis Papamarkos was born in 1983 in Malessina, central Greece. His work includes novels and short story collections, as well as screenplays and graphic novels. His short story collection Gkiak won the Academy of Athens Prize 2015, as well as the Short Story Prize by Greece’s most prominent literary magazine, O Anagnostis. His comic adaptation (co-created with Giorgos Gousis and Yiannis Ragkos) of Erotocritos won five awards of the Greek Comic Academy. During his participation in “Onassis Artistic Research Fellowship” programme he wrote the theatre play “A murder of crows”.

Kanellos Cob was born in Athens in 1985.  He graduated from the Department of Conservation of Antiquities and Works of Art of the University of Athens. In 2010 he moved to France to study illustration and comics at the Ecole Emile Cohl and in 2014 he graduated with honors. In 2012 he participated in the creation of the Moebius mural while in 2013 he published his first children’s book entitled “L’arbre” (published by Les Mains Sales). In 2014 he illustrated articles for the magazines Acteurs de l’economie – La Tribune and myTOC.fr. In 2016 he published the comic book  “Tout nu et tout Bronzé” (published by Épicerie séquentielle) while in 2017 he participated in the comic editions “Guide de Paris” and “Histoires du Timbre en BD” (published by Petit à Petit). In 2018 he published the comic “Goodbye Batman” written by Tassos Theofilos (published by Red n ‘Noir) which won the Audience Award at the Greek Comic Book Awards 2019. In the same year he started a collaboration with the magazine Blue Comet while working as an illustrator for journals in Canada (Québec Science), France (Reliefs, Lyon Capitale) and Haiti (Revue 360). In 2019 he took over the artistic image of the Hadra Trance Festival in France and during the same year he published the graphic novel “The Beggar”, by Andreas Karkavitsas (published by Polaris).

George Kazantzidis (DPhil: Oxford 2011) is Assistant Professor of Latin Literature at the University of Patras, Greece. His interests lie in the intersections between medicine and literature in classical antiquity, with special emphasis on the history of mental illness and the emotions. His book, Lucretius on Disease: The Poetics of Morbidity in De Rerum Natura, was published by De Gruyter in 2021.

Organised by The Hellenic Centre, Polaris Ekdoseis and the Department of Philology, University of Patras 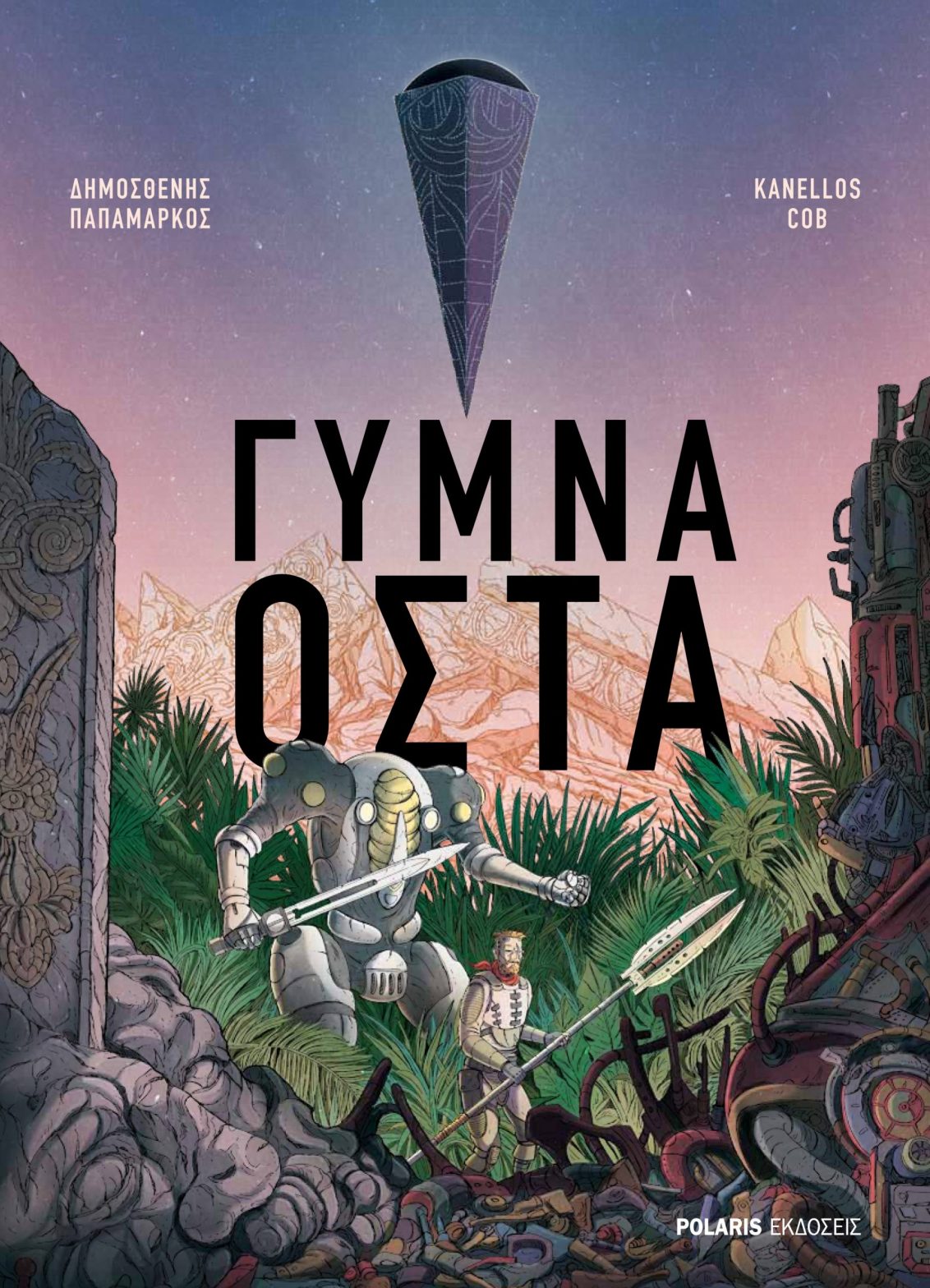