“Andronikos or the Painter” by Eurydice Perikleous Papadopoulou is a play inspired by the life and work of Costas Stathis, (1913 – 1987) an unknown, until recently, Cypriot painter, whose works are now being studied at TEPAK University in Limassol, Cyprus, and they are considered masterpieces of modern Cypriot painting.

The play chronicles Stathis’ / “Andronikos”” troubled life in the form of a monologue that is based upon a blend of reality and fiction. The play also, centres on the relationship between him and his father, who strongly opposed his son’s desire to become a painter. In his conversations with his father, mother, the girl he loved, come across the vast canvass of his colours in his paintings and the natural beauty of his native village Askas with all the pain and hardship that his life entailed. Also, what comes through the play is the historic periods of the 40s and 50s with all the important people that influenced his life.

The success of the play resides in its anthropocentric qualities and in its examination of the life of the artist as a human being, whose unique temperament makes him different from the rest of society – a society that unfortunately that which cannot understand it rejects. “Andronikos” in essence, is the artist’s desperate cry for creativity – a theme that is both local and universal.

The play had its first staging in Nicosia in 2016 with great success and excellent reviews. In October 2017 it was presented in Athens at the Michalis Cacoyiannis Foundation. 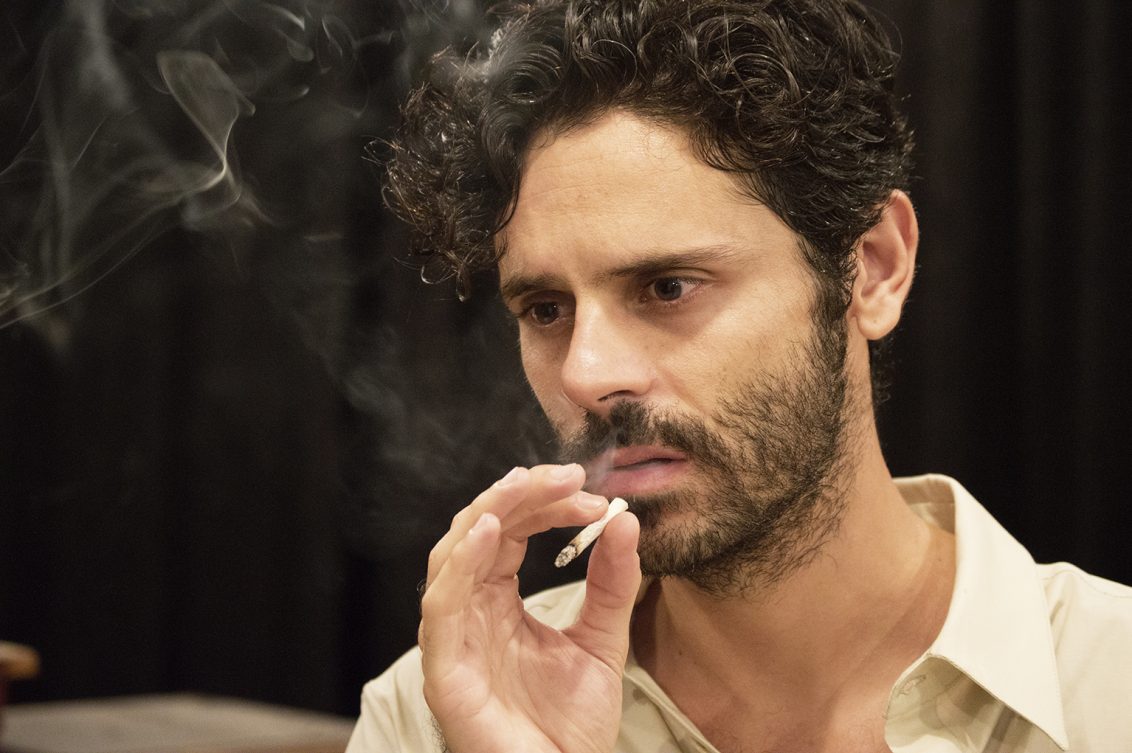