SOLD OUT! Slaves in their Chains

This book is now sold out

This edition translated by J.M.Q. Davies. Written in 1922.

Set on the eve of Greece’s entry into the Great War, Slaves in their Chains dramatically portrays the decline of the Corfiot landowning aristocracy in a society recently emerged from centuries of Venetian and British rule. Publication of this first English translation coincides with the 150th anniversary of the union of the Ionian Islands with mainland Greece.

This is the last and most ambitious novel by one of modern Greece’s leading and most interesting authors. Very few classic Modern Greek novels are available in English, and I am delighted this one is now being published.

Konstantinos Theotokis’s masterly anatomy of the old ruling class of his native island in terminal decline is as tightly constructed and claustrophobic as a tragedy by Ibsen or Strindberg.

The characters are drawn with great sensitivity […] rendered in free-flowing sentences reminiscent of Proust or Joyce.

Constantine Theotokis (1872-1923) came from an aristocratic family that had fled to Corfu after the fall of Constantinople in 1453. After participating in the Cretan insurrection against the Turks (1897), he became a convert to socialism. Conversant with European literature from years sent in Paris and Venice, he produced a number of translations besides his classic short stories and longer narratives. 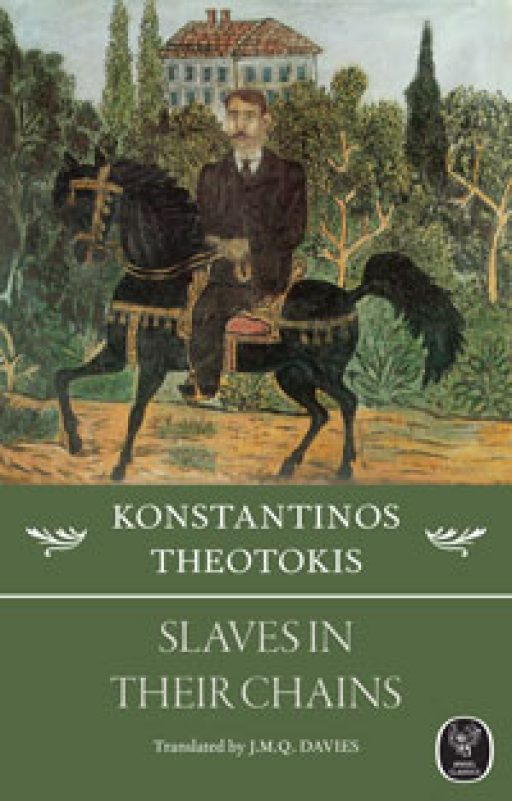