The word romiosini (ρωμιοσύνη) or ‘Greekness’ derives from the Byzantine idea that the Greeks are the true Romioi, the heirs of the Roman Empire. For hundreds of years under the Turkish occupation the flame of romiosini was kept alive in codes of honour, loyalty, bravery, love of the land, religious devotion and patriotism. For the Greek poet Yiannis Ritsos, the Greek Partisans of EAM/ELAS in the Second World War were the heroic heirs to the romiosini of the mountain klephtes, the medieval epic hero Digenis Akritas, and the revolutionaries who fought against the Turks in the 1820s.

First published in 1954, Romiosini was later set to music by Mikis Theodorakis.

This is the first time the poem has been published in book form in English. 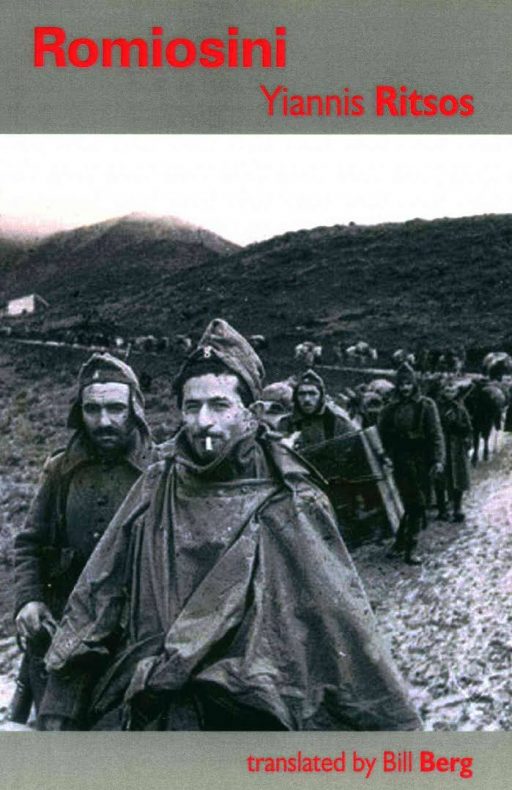