An important primary source for the history of World War II, which offers a rare insight into the cosmopolitan world of the early twentieth century Anglo-Greek diaspora. Published in a special limited edition of 1,000 numbered illustrated copies, signed by Alexis Penny Casdagli. 20% of the price of each book is donated to the British Red Cross.

The author, Major A. T. Casdagli was captured in Crete on 1 June 1941 and taken to Germany where he was held in various prisoner of war camps. There, in spite of risk of confiscation and reprisal, he kept a secret diary. It is presented here for the first time, illustrated with his photographs, embroideries, prison memorabilia and documents, all of which he carefully preserved, as if he knew this astonishing, honest and inspiring historical document would inevitably be published.

Fifty years ago I met Alexis Casdagli, the father of my dear friend Alexis Penny. I was very impressed by the fact he did embroidery. Reading this book, so many years later, I am once again impressed by the man, not just for the needlework but for his bravery and integrity. Through his personal diary he has left an important legacy for future generations to learn and understand the horrors of war and loss of freedom. He has also, unwittingly, given us an insight into a truly decent human being.

Casdagli was a remarkable man. His story is both moving and inspirational. What is captivating about Prouder Than Ever is that there are so many different ways of identifying with it. 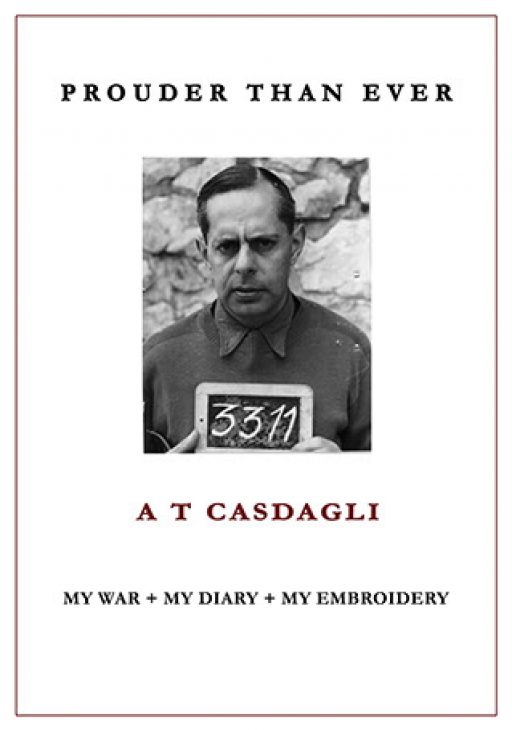